Prannoy Roy Analyses The Priyanka Gandhi Impact In UP

With two phases of voting left for the 80 Lok Sabha seats in Uttar Pradesh, Prannoy Roy and his team on 'The Countdown' get you special insights from the state's electorate, along with exclusive interviews with Samajwadi Party chief Akhilesh Yadav and wife Dimple Yadav, and Congress candidate Yogesh Shukla. Another important factor that The Countdown analyses is the Priyanka Gandhi Vadra impact in the state after she was appointed the party's general secretary in charge of eastern UP earlier this year.

In the 2014 general elections, the BJP and its allies had won 72 seats in Uttar Pradesh, which sends 80 lawmakers -- the highest among states -- to the Lok Sabha.

How the caste factor will affect BJP votes in Uttar Pradesh: 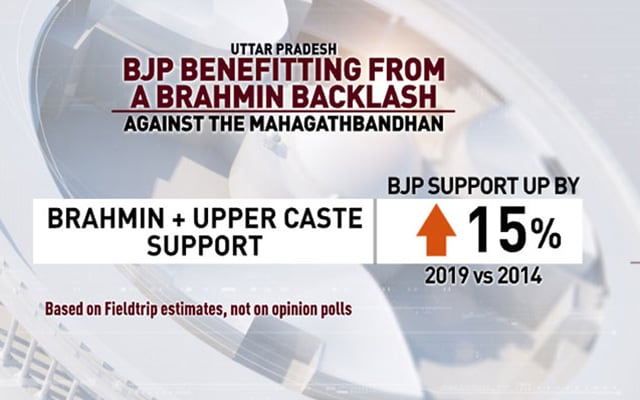 "Wave" versus "landslide": An explainer 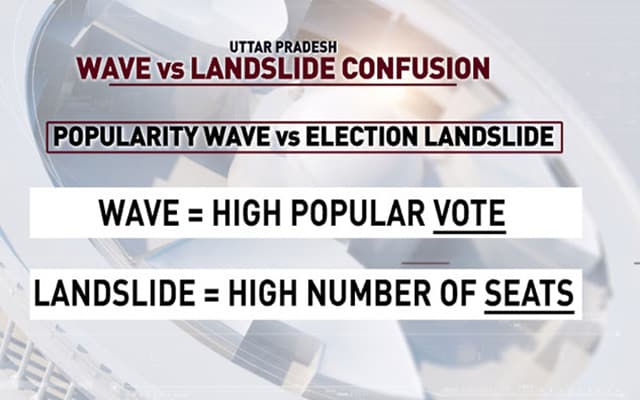 - Most people we spoke to said Priyanka Gandhi's role in Uttar Pradesh makes a lot of difference, but people won't remember the votes she got but the seats that she wins - People should not have to deal with any kind of confusion

- People want the alliance to come to power

- The SP and the BSP will make post-poll decisions together. We don't know how many seats we will win, but we will decide those things later on

- On Mamata for PM: I hope the Prime Minister is from Uttar Pradesh. The alliance will stand together and the decision to support Mayawati for PM or not will be taken on May 23 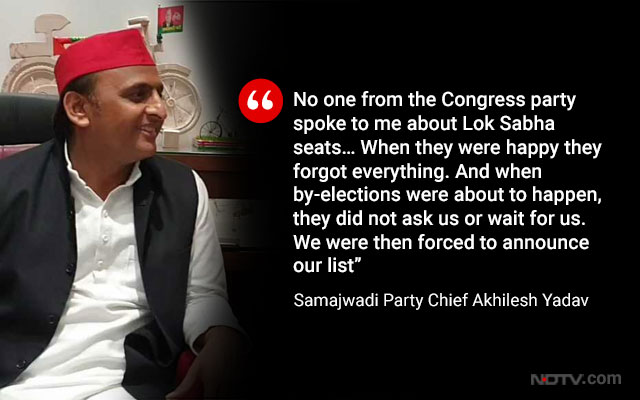 "Wish the PM to be from Uttar Pradesh, but not from Varanasi": Akhilesh Yadav to NDTV There is a solid vote transfer to the Mahagathbandhan, says Prannoy Roy in his analysis of the vote share 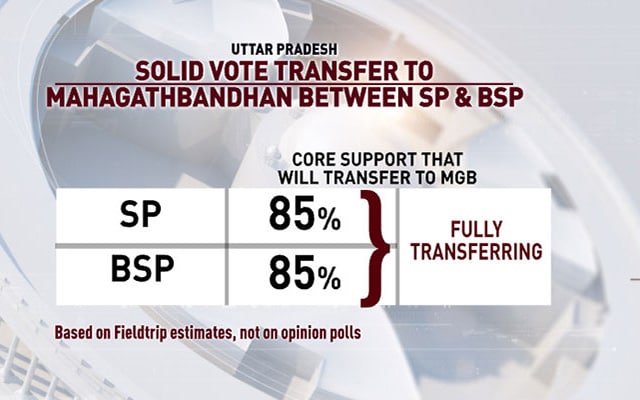 The BJP factor in Uttar Pradesh: 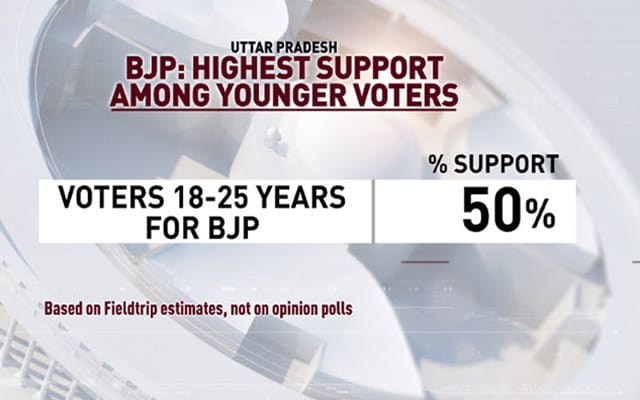 - PM Modi supporters are very vocal about their support

- Though several candidates in BJP are good or bad, people vote for PM Modi 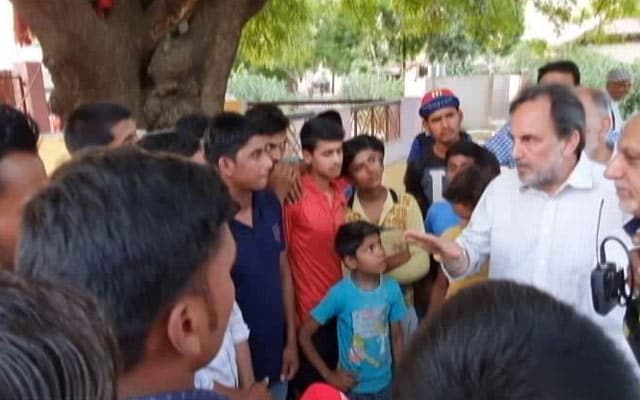 We don't really see who the candidate is, we just vote for PM Modi

We are in need of a strong candidate and PM Modi is that strong leader we support. We think it is this strong leader that could run the team 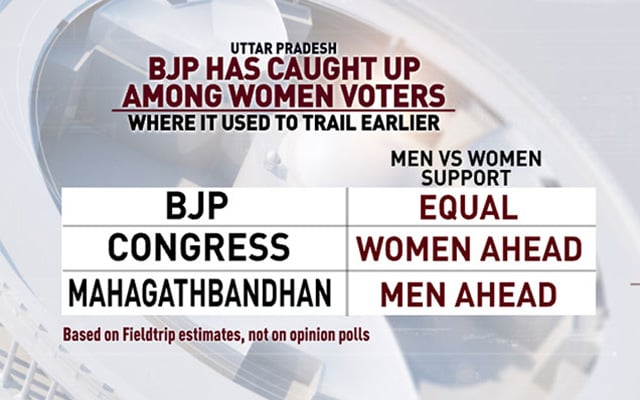 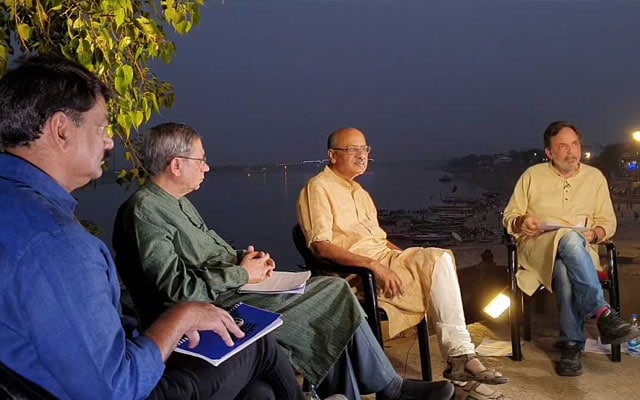 One of the reasons women may support the BJP is because of its programme that gives free or subsidised cooking gas cylinders to the poor, says Prannoy Roy.

Another factor that has increased BJP's support among women voters is the programme to encourage people to build toilets at their homes.

People access schemes based on what is done in the past and this is what their vote is based on. 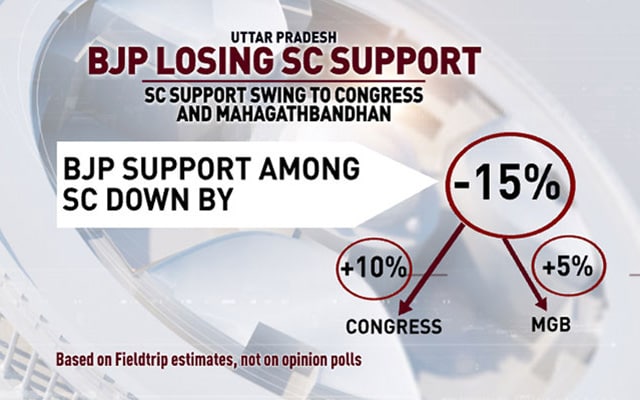 How are the Brahmins voting? 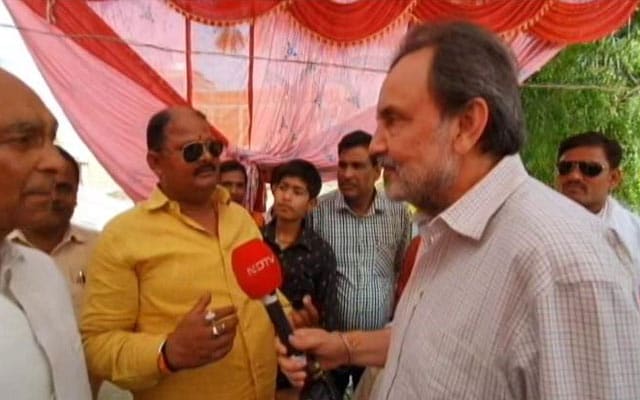 Whatever development is there, it is all going to all parts of the country equally without caste or religious discrimination, including among Muslims

Priyanaka Gandhi won't have an impact

UP: One of the most polarised election? 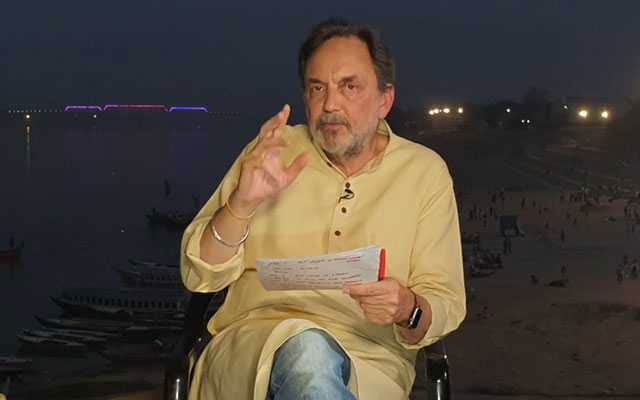 With the Congress not joining Gathbandhan in Uttar Pradesh, it might just help BJP.

The BJP has realised that when parties don't hang together, they hang separately. Congress has not realised this.

The alliance could have been something that could get the Congress to the three-digit figure, affecting states like Madhya Pradesh and Rajasthan. 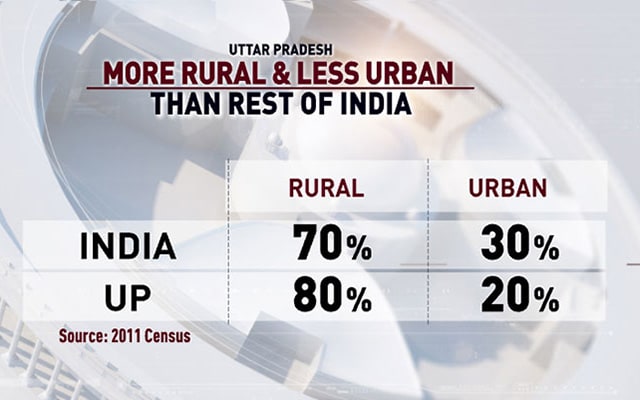 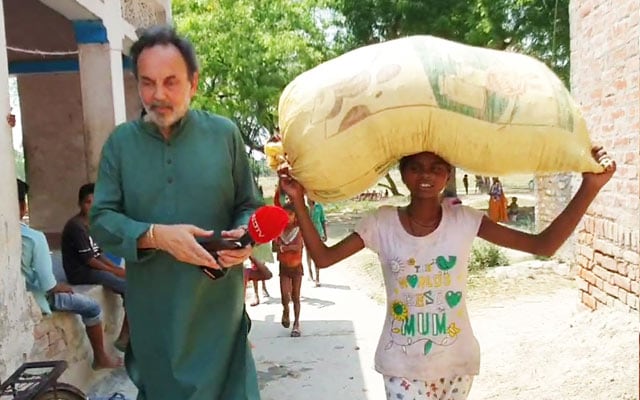 Sunaina Rawat, a 14-year-old girl from Uttar Pradesh's Mohanlalganj, is not a voter but she is living every single election issue first-hand. Sunaina and her family embody the story of the scheduled caste voter in the state that will be most important in deciding who governs India next when results for the Lok Sabha elections are announced on May 23.

Sunaina is a seventh-grader and when she grows up, she wants to be a doctor. To help Sunaina, contact DoctorSunaina@ndtv.com 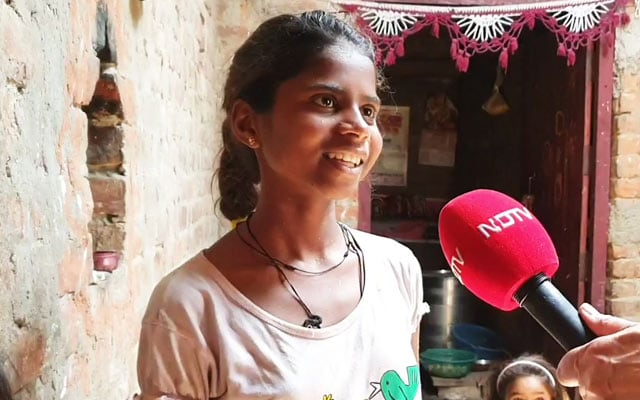 "If we don't have enough to eat, what will we sell?" says Sunaina Rawat, a 14-year-old UP girl who is living every single election issue.

The Muslim and the Dalit vote in Uttar Pradesh 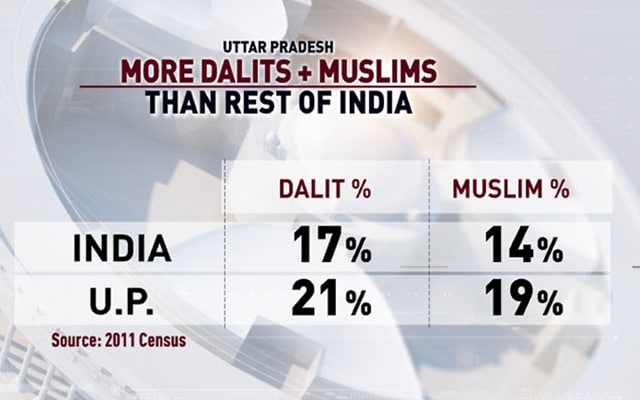 The divided Muslim vote will be a major concern for non-BJP parties.

Congress or 'gathbandhan' - who will Muslims in UP vote for? 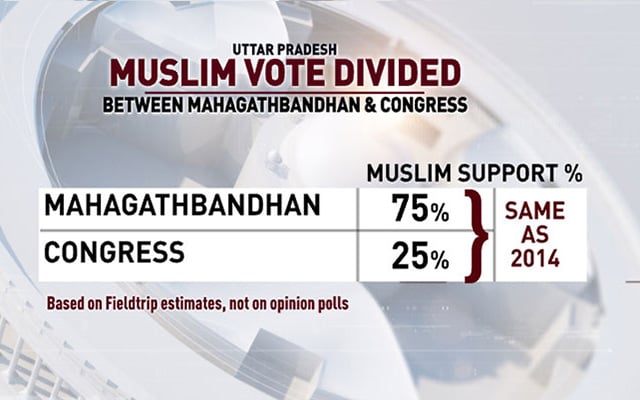 Other Backward Classes: BJP's highest support base in UP 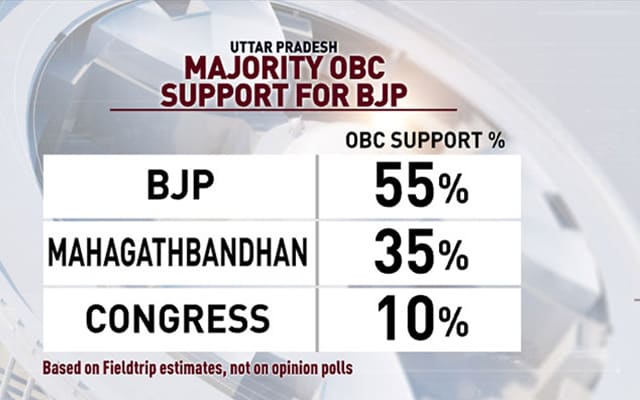 Rita Bahuguna was with Congress for 20 years and switched sides to the BJP. "There was no future left after 2012. I was being ignored and not given an assignment." 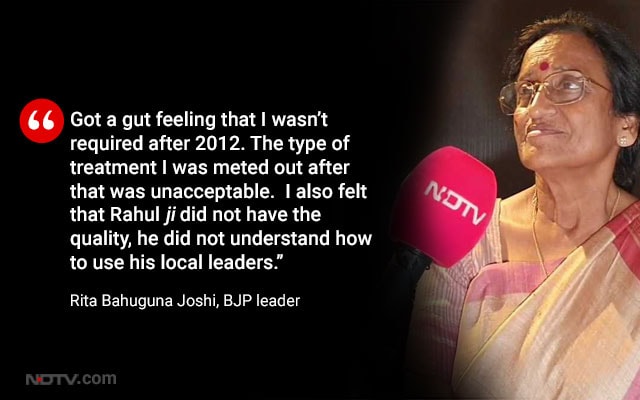 "Felt no leader in the country could match Modiji," says senior BJP leader Rita Bahuguna Joshi on why she switched from the Congress.

"Caste always plays a major factor in UP but we try to not let it affect adversely": BJP's Rita Bahuguna on what her party would do for Muslims in Uttar Pradesh. 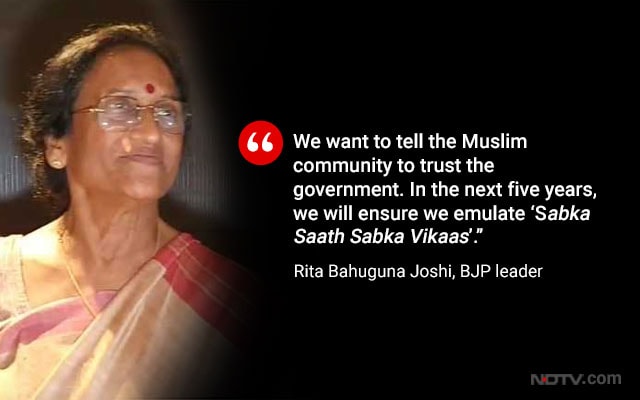 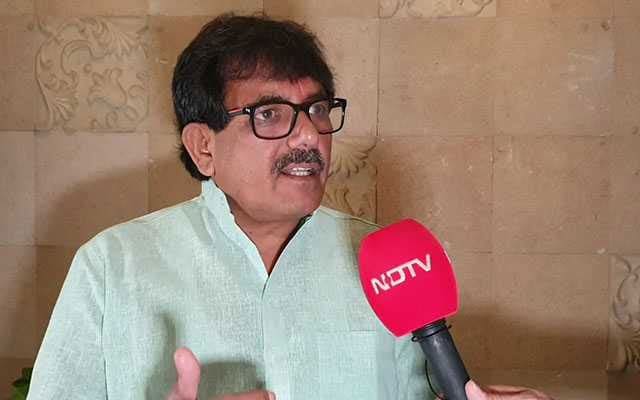 "Till now, BJP used to be considered an ancillary unit of RSS. Now it seems it is the other way round... [RSS] is being used to accomplish BJP's goals," says Congress' Yogesh Shukla.

She has an incredible ability to connect with people 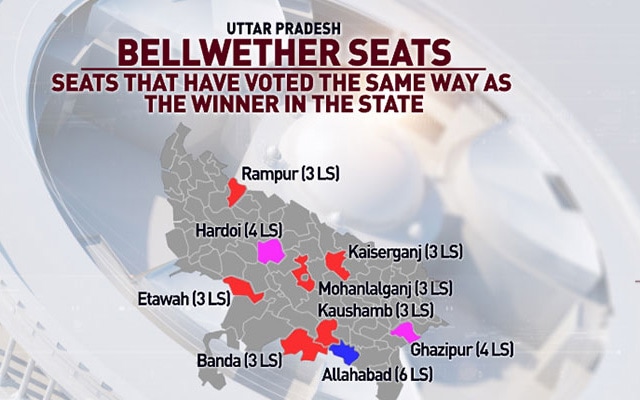 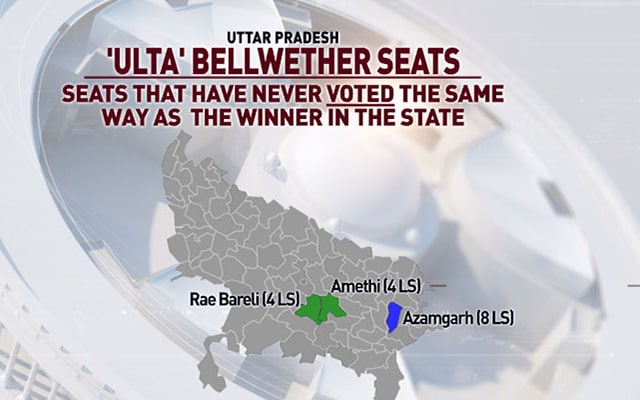 "Change Yourself Or There'll Be Changes," PM Warns BJP MPs