"You Call Us Children": Telangana Transport Corporation Official To KCR

Expressing discontent over the statement of Telangana Chief Minister K Chandrashekar Rao, Ashwathama Reddy accused him of threatening the employees who are like ''children'' for him. 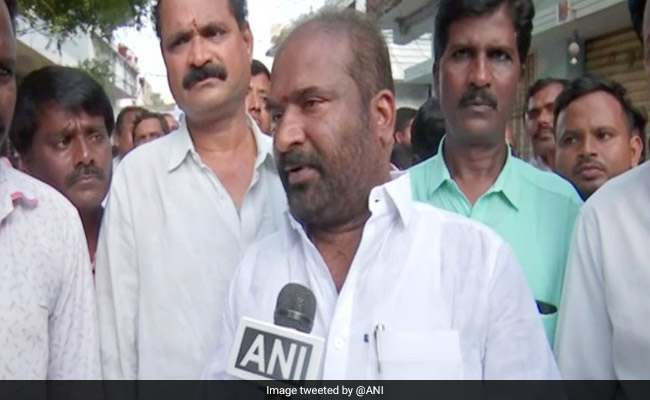 Expressing discontent over the statement of Telangana Chief Minister K Chandrashekar Rao, Mr Reddy accused him of threatening the employees who are like ''children'' for him.

Speaking to ANI, Mr Reddy said, "No doubt the strike will continue and the Chief Minister instead of providing confidence is threatening the employees. You call us as children, and is this the way you behave with the children?"

"We are going to approach Home Minister Amit Shah, and if necessary we shall approach President regarding the issue", he added.

He also refuted the allegations of their strike being illegal and said that government may take legal action if they want but they are not going to stop.

Mr Reddy's statement comes a day after Telangana Chief Minister K Chandrashekar Rao had set November 5 as a deadline for protesting TSRTC employees to join back their duties, while affirming that there will be "no merger" of the transport corporation with the state government "on any condition".

"On any condition, there is no merger of RTC with government, this is decided by the state cabinet. 5,100 private buses permission is granted in the state. This strike is declared illegal by labour commissioner. If any strike (is) declared illegal then employees and department relation do not exist. This agitation has started especially during the students' exams and festive season," Mr Rao told media persons.

Mr Rao added, "Central Government has brought the Motor Vehicle Act which permits privatisation, it is the law of land. That is the reason we have taken this decision."

The Chief Minister said that 67 per cent hike was done by the state government.

"After the privatisation, all the passes will be valid and accepted. I am not bulldozing, according to the Centre''s decision, we are acting. We will always work by keeping the public necessity in mind. 5,100 private buses are given route permit in the state." said Mr Rao.

The RTC is demanding for never-ending wishes. The Cabinet decided not to merge RTC with the government. Government has courtesy towards the small jobs. And that is the reason we are hiking their salaries. There is no change in the cabinet decision of privatisation," Mr Rao added.

Before November 5, TSRTC employees who turn back to duties will be accepted, the Chief Minister said.