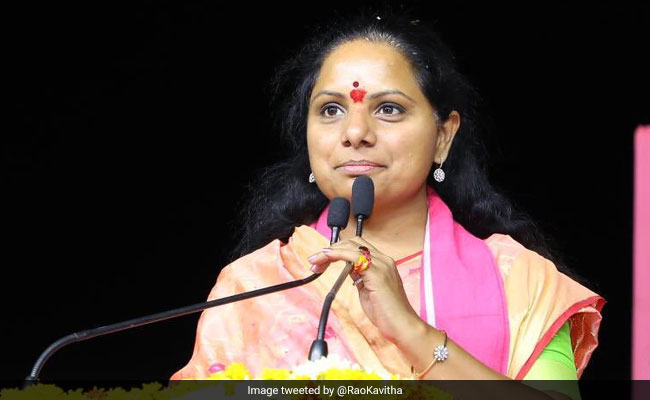 "My life is dedicated to public," said K Kavitha after she lost by a margin of 71,000 votes.

In a setback to the ruling TRS, Telangana Chief Minister K Chandrasekhar Rao's daughter K Kavitha was defeated in Nizamabad Lok Sabha constituency by the BJP on Thursday.

D Arvind, son of TRS Rajya Sabha MP D Srinivas and a new entrant to politics, won by a margin of over 71,000 votes, according to the information made available by the Election Commission on its website.

Win or lose, My life is dedicated to public.

I fought hard during T-agitation & as an MP worked sincerely for my constituency & will continue to fight for people of Nizamabad.

Nizamabad had hit headlines after 177 farmers jumped into the fray demanding remunerative price for turmeric and red sorghum and setting up of a Turmeric Board, taking the total number of candidates to 185.

Polls to 17 seats in Telangana for the Lok Sabha were held on April 11 in the first phase.