Kerala Coronavirus Lockdown: The video has been viewed 111.2k times and retweeted by 1.9k users. 5.4k Twitter users have also "liked" the video. 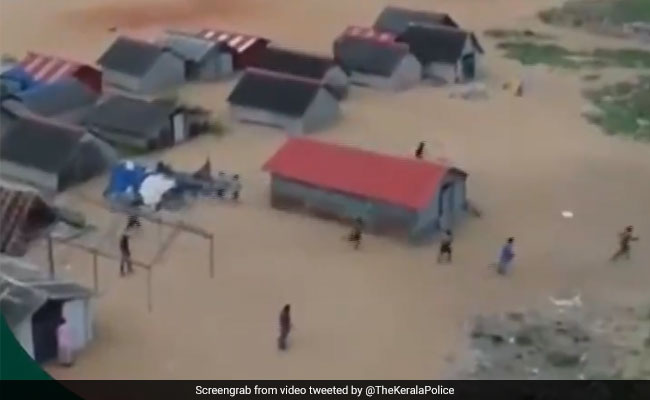 Coronavirus Lockdown: People, in the video, can be seen scrambling to hide from police drones in Kerala

Kerala Police, which have been using drones to ensure people abide by the nationwide lockdown rules, posted a hilarious compilation of surveillance footage on Twitter.

In the video montage, people across Kerala can be seen running for cover as sson as they spot the police drones overhead. The video montage has been edited to the audio of the famous 2016 Tracer Bullet Challenge.

For the audio, the Kerala Police have put together the Tracer Bullet commentary by Ravi Shastri, Sunil Gavaskar, Sanjay Manjarekar and Ian Botham.

People in paddy fields and on sea beaches can be seen running as soon as the drones fly over them. In some areas, they run into bylanes to escape the aerial surveillance. Some try to cover their faces with a towel, some with their hands as they run while some hide behind trees to avoid detection in the video that has now gone viral.

The video has been viewed 111.2k times and retweeted by 1.9k users. 5.4k Twitter users have also "liked" the video.

On Monday Kerala Police announced drone surveillance to track lockdown violators and tweeted: "Kerala Police have always raised the bar with regards to use of technology in policing. As a part of enforcing the lockdown, we are using drone- improvised with a siren and police light for enforcing the social distancing principle in the coastal/ interior areas."

Kerala has reported 327 cases so far with 2 deaths so far.

"Behave Responsibly": Palaniswami To MK Stalin After Remarks On Coronavirus