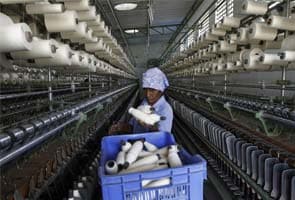 Coimbatore: Crippling power cuts in Tamil Nadu are shutting factories and threatening an industrial debt crisis that is wrecking its second-largest city's plan to become India's next business Mecca.

Electricity shortages are emerging as one of the biggest brakes on India's ambitions to rise up the ranks of the world's major economies, and match regional rival China as a manufacturing powerhouse.

Nowhere is this clearer than in Coimbatore, a city of 3.5 million people which once seemed to offer investors looking for the 'new Bangalore' everything they wanted: a long history of manufacturing, an educated workforce and the vision to attract global firms.

But bad policymaking has allowed one of the country's most promising regions to run into a brick wall, and now Coimbatore businesses selling everything from car parts to IT services are struggling with blackouts that last up to 14 hours every day.

Failure to invest in generation and distribution meant that when growth hit double digits and drove up demand during the booming Noughties, the grid was pushed beyond its limit. On average India suffers a 9 percent peak-time power deficit, but in Tamil Nadu the average is twice as bad, at 18 percent.

The grid's inadequacy is forcing firms to rely on expensive back-up power that drives up export costs at a time they should be reaping the benefits of a weaker rupee currency.

Many business owners say they are thinking of moving to one of the handful of Indian states that has reliable electricity.

K. Ramasamy owns a company that sells car horns to Mercedes-Benz. Coimbatore is his hometown and, with its agreeable climate and cheap land, was a natural location for his first factory 43 years ago.

For years Ramasamy flourished as Coimbatore grew, opening eight subsidiaries. In keeping with the hill town's casual character, he founded a yoga centre. Now he is thinking of leaving for distant western states like Gujarat and Maharashtra.

Every day for 15 months, electricity cuts lasting many hours have hit Ramasamy's Roots Group, so to keep working he must power his horn factories using on-site diesel generators that cost him nearly three times the price of grid energy.

"I don't think this is going to be solved in a year or two," Ramasamy told Reuters, noting he was "seriously considering" offers from officials in Gujarat who guarantee 24/7 electricity.

"We can't be waiting all the time, we need to make a move."

Last year, though the number of new investment projects begun in Coimbatore and nearby district Dharmapuri increased marginally, the figure for abandoned projects rose five-fold, according to data provided by the Centre for Monitoring the Indian Economy (CMIE), an independent research group. Fabric manufacturer VTX Textiles Ltd., whose international clients include Macy's Inc., fears it may soon join the ranks of failed projects after half a century in Coimbatore.

The lights flickered off as VTX Chairman and Managing Director A.L. Ramachandra sat in his plush office explaining how his energy costs have doubled.

Downstairs, in one of his four factories, the power stayed on because VTX has spent close to $90,000 on battery systems to ensure a seamless transition to generators at his plants when the grid gives out.

Even with this makeshift solution, blackouts have cost the company a tenth of its customers and pushed it to restructure its debt. In 2012, according to Ramachandra, VTX lost over $2 million in revenues as a result of air freight delays as energy shortages stopped factory lines running on schedule.

Ramachandra said the power crisis as well as a rise in capital costs are hampering Coimbatore's chances of becoming the next Bangalore.

"Multinationals do not go to the tier II cities; they don't come to Coimbatore," said Ramachandra. "Why would the multinationals come here when the power situation is so bad?"

BIG CITY PROBLEMS
Some still believe in the long-term promise of Coimbatore, particularly IT companies that require much less energy than manufacturing industries.

Cognizant Technology Solutions Corp, a growing U.S.-based outsourcing firm, opened a site there in 2005, and Microsoft India has launched a research centre.

Venugopal R., a vice president with Robert Bosch GmbH, a German engineering firm with a three-year-old campus next to Cognizant, said his company has put growth plans on ice for now, but he anticipated expanding soon, and predicted that larger firms like his will anchor more business growth.

But for now, what began as a power crisis is also becoming a banking one, as small companies searching frantically for loans to cover their energy needs teeter on the brink of bankruptcy.

Afraid of defaulting on a 30 million rupee loan, he was trying to sell his decade-old foundry, where production had shrunk to one-third of its peak. The unit is still on the market.

"I thought we'd have power shortages for a few months but didn't dream it would continue for two to three years," said Kumaran. "I cannot even run a night shift, it is useless."

Kumaran spoke of plans to invest up to 50 million rupees on a foundry in Gujarat, and said he regularly pores over local newspapers crammed with "Invest In Gujarat" advertisements.

Coimbatore branches of two national banks admitted to rising loan defaults that spurred them to lobby the Reserve Bank of India to relax restrictions on multiple loan restructures.

"This year is a year of concern where things have gone from bad to worse," said one Coimbatore bank official, speaking on condition of anonymity because he was not authorised to comment.

Roots Group, which buys a fifth of its materials locally, recently began offering two-year, interest-free loans to half of its 120 Coimbatore suppliers to keep them afloat. Smaller foundries, unable to afford generators, take loans to keep staff and equipment for the precious hours of power.

Even the bigger firms are not immune.

Elgi Equipment Ltd, one of the city's largest manufacturers, saw its energy costs rise by 10 percent in the second half of 2012, Manoharan A., a deputy general manager said.

"We are a debt-free company," he said. "But if this situation continues one more year or so, definitely we'll be trapped in the debt crisis."

Analysts who once touted second-rung cities as India's next great growth centres now say low investment in power and other infrastructure means towns like Coimbatore, though far smaller than Mumbai, Delhi and Bangalore, are starting to suffer big city problems.

"Tier II cities are also beginning to burst through their seams due to haphazard growth," said Mahesh Vyas, Chief Executive of CMIE.

"We desperately need to work on building better infrastructure or else this growth will come to a grinding halt."