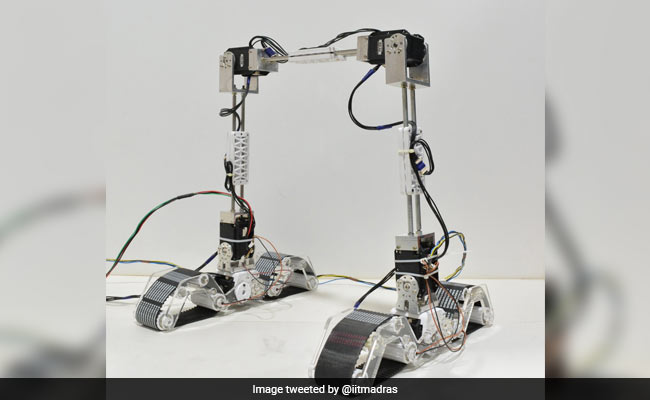 The robot, developed in IIT-Madras, is called GraspMan

Researchers at the Indian Institute of Technology (IIT) Madras have developed a robot with grasping and locomotion abilities like a human hand that can be used for industrial purposes and in search and rescue operations, the premier institute said on Wednesday.

The multimodal robotic system named "GraspMan" comprises a pair of graspers (machine-equivalent of human hands) that enable it to conform to the geometry of an object being grasped.

"The motivation behind this research is to make a robot, with minimum design for specific tasks, capable of navigating and manipulating across different environments," Head of the research team Prof Asokan Thondiyath said in a statement in Chennai.

Research scholar Nagamanikandan Govindan, a member of the team, said, "...The combination of locomotion and manipulation gives it an interesting features such as the ability to hold an object and walk, arm-swinging like baboons (brachiation)."

In industrial use, it can climb on pipes, hold them and assemble. Besides, in can aide machines used in search-and-rescue operations and locomotory applications, he added.