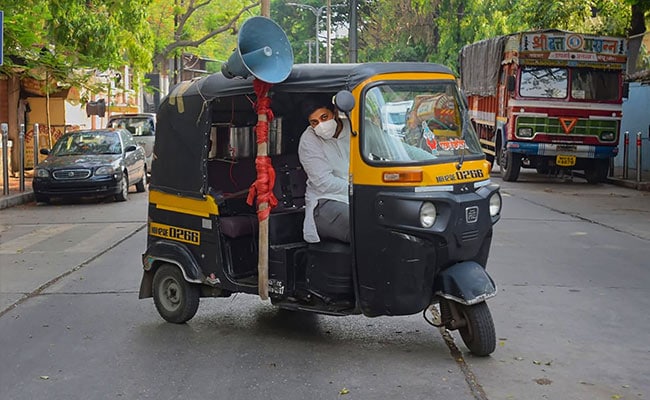 Tragedy has struck closer home for a 30-year-old auto rickshaw driver here who has been distributing food to migrants and the poor from the money saved for marriage, but he says the initiative will continue.

"I was returning home after wrapping up food distribution when I got a call from my family, informing that father was not well," he said.

His father, also an auto rickshaw driver, was suffering from a liver ailment too, Mr Kothawale said.

"We took him to the Sassoon General Hospital but he died during treatment," he added.

"Today we were busy with post-death rituals, so we could not distribute food, but it will resume from tomorrow," Mr Kothawale said.

Using the money he had saved for his marriage, Mr Kothawale, with the help of some friends, is distributing food to nearly 400 stranded migrants and the poor every day amid lockdown.

65-Year-Old Recovers From COVID in Pune. She Leaves Hospital Dancing