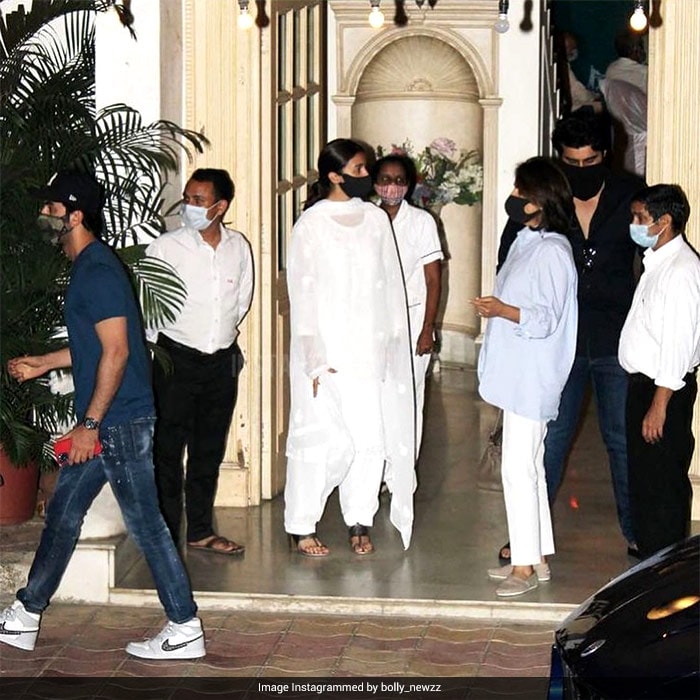 Earlier, a Kapoor family statement had said that they were not hosting a prayer meet for Rajiv Kapoor, who died on February 9: "Due to the current pandemic circumstances, there will be no chautha held for the late Mr Rajiv Kapoor for safety reasons. "May his soul rest in peace," Neetu Kapoor added in her post. Addressing fans mourning Rajiv Kapoor, Neetu Kapoor wrote: "The entire Raj Kapoor family is a part of your grief too." (pic courtesy bolly_newzz) 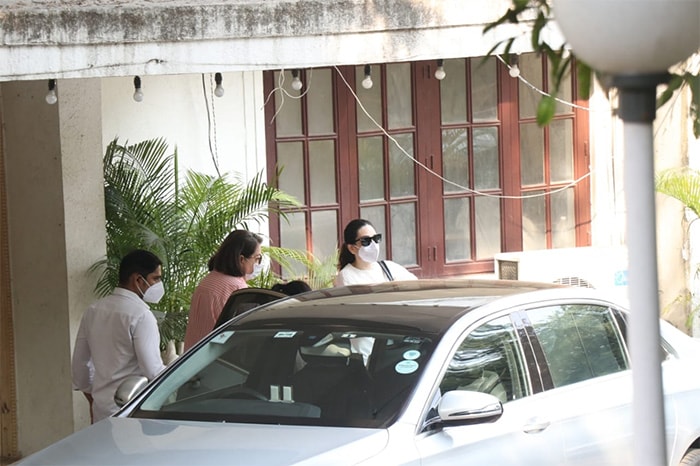 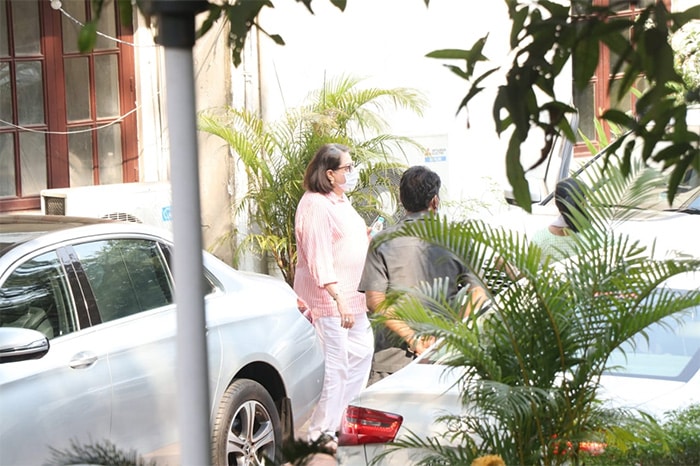 Karisma Kapoor was accompanied by her mother Babita. 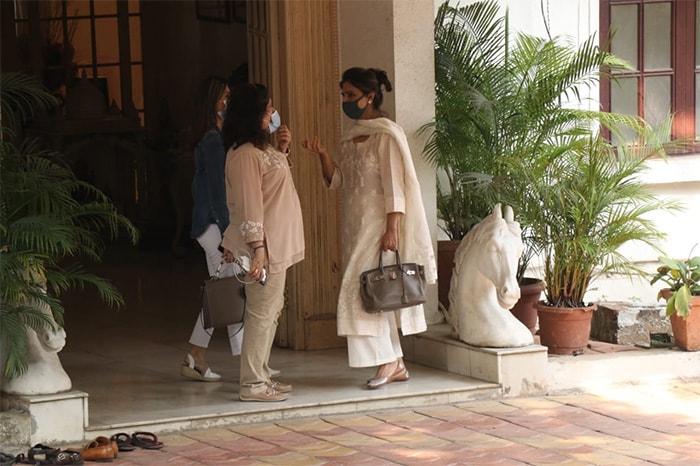 Meanwhile, Neetu Kapoor was also pictured in conversation with a family member. 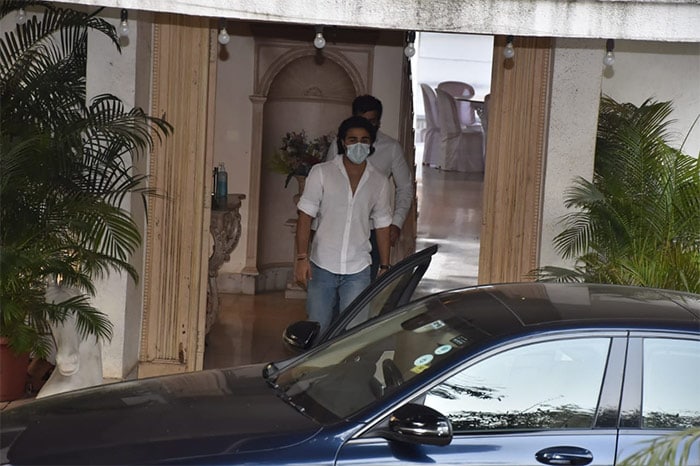