It's not often that a grown man gets goose pimples. I did, today, thanks to the Supreme Court verdict in the Singur land acquisition case. A flood of memories from a full decade ago came rushing back. It was in December 2006 that Mamata Banerjee had gone on that iconic 26-day hunger strike in Singur. She, and so many Trinamool workers and ordinary farmers, had been physically attacked and mocked for opposing the forcible grabbing of 1,000 acres of fertile land for the Tata Motors factory. A Communist government collaborated with a friendly corporation to give Indian business, Indian governance, Indian society and India a bad name. The Supreme Court has been scathing in its judgement, and the text should be read carefully by the proponents of the Singur fraud of 2006.

Mamata Banerjee was genuinely horrified by that action. Farmers and their families, people who had known no livelihood other than agriculture and who had not been trained, educated or equipped in three decades of CPI(M) rule to move to other professions, were left in the lurch because two oligarchs - one political, one economic - wanted to build a car factory. Mamata Banerjee led the protests, sleeping for close to a month on the hard platform of an open stage, refusing food, fighting the heat, the mosquitoes and the elements, finally being taken to the hospital in an ambulance, her situation precarious.

Today, she stands vindicated. Singur was a turning point in Mamata Banerjee's struggle, in Trinamool's evolution and in Bengal's history. It was a fight on principles - and those principles have been upheld by the Supreme Court. It has asked for Tata Motors to return all of the land and told the West Bengal government to take steps to redistribute it to its deprived owners. The hapless farmers, who were forced to take meagre compensation for their land and if still resistant were beaten up - in one infamous case, a farmer's daughter, Tapasi Mallik, was raped and killed - can keep the money they received in 2006, as compensation for a decade of lost earnings.

"I am not vindictive against the Tatas," said Mamata Banerjee.

It will be easy today to attack the CPI(M)-led government of the time, the arrogance of Buddhadeb Bhattacharjee and the plethora of Communist ideologues who dismissed Trinamool arguments as the product of ignorant "Narodniks." If you don't know what that means, look up Google or call up the nearest CPI(M) office, both are repositories of useless information. The Tata Group's reputation for ethicality and responsible corporate citizenship took a bashing in Singur. Today's verdict has tarnished the legacy of Ratan Tata. He needs to reflect on it. 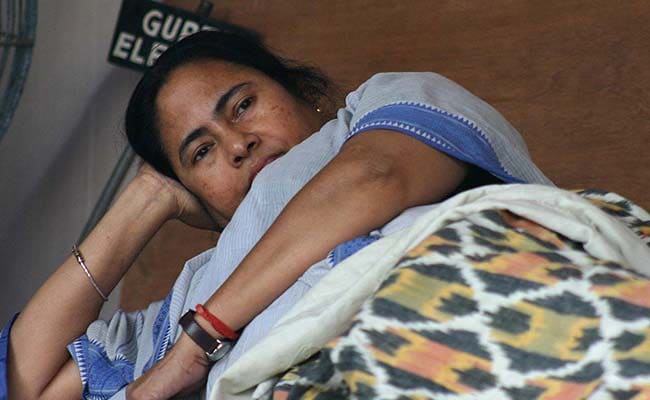 Yet, while the CPI(M) and the hypocritical leadership of the Tata Group deserve criticism, the issues before us are much greater and have more resonance as we consider our tomorrows rather than our yesterdays.

India has to build cities and factories and highways and modern infrastructure. That is non-negotiable and a national obligation in the first half of the 20th century. Even so, we cannot use this goal to justify rapacious stealing of land and destruction of livelihoods, especially rural and farm livelihoods. A modern land acquisition system, with respect for property, for traditional and historical family vocations, with the individual's power and ability to negotiate a price he or she chooses, cannot be brushed aside.

Just because the United States used the concept of eminent domain in the 19th century or just because China takes over farmland easily does not mean India can or should do it. We are doing it later, we must do it better. In a more humane way. We cannot build a prosperous society by impoverishing our common people. That is the basis of Trinamool's "Ma, Maati, Maanush" philosophy - as well as the thrust of the Supreme Court judgement.

Much has changed since 2006. Governments and corporations have learnt that forcible and muscular stealing of land is a highly emotive issue and no longer do-able. A new land acquisition law - not perfect, but better than the 19th century relic that we were using into the 21st century - has been promulgated. Nevertheless mind-sets haven't changed. The Indian state - and this includes all governments, all provinces, all parties - needs to approach the issue of conversion of farm land into urban and industrial uses with that much greater enlightenment and sobriety.

The memory of Tapasi Mallik, the heroic martyr Singur, beckons us towards that realisation. And towards a just, fair India.

Disclaimer: The opinions expressed within this article are the personal opinions of the author. The facts and opinions appearing in the article do not reflect the views of NDTV and NDTV does not assume any responsibility or liability for the same.
Comments
Ratan TataSupreme Court's Singur VerdictSingur land acquisition caseMamata Banerjee