The unthinkable is about to happen - once again - as the navy's second aircraft-carrier, INS Viraat, awaits its demise in a few days from now. When Viraat was de-commissioned in 2017, many of us had hoped that the heart-breaking saga of INS Vikrant would not be repeated. A famous veteran of the 1971 Bangladesh War, Vikrant was kept in agonizing limbo for 17 years before being sent to the ship-breakers in 2014.

In Viraat's case, three 'maritime states', Maharashtra, Andhra Pradesh and Goa, had offered to adopt the iconic warship as a maritime museum and tourist attraction. Expenditure on this project was estimated at about Rs 500 crores, but such is our all-consuming focus on politics that any issue not seen as a 'vote-catcher' has little future. The states having reneged on their offers, the Viraat will shortly be towed to Alang on the Gulf of Khambhat where acetylene torches will reduce this proud warship's hull to scrap to be melted into pots, pans and motorcycles.

The ship was laid down in 1944 as a carrier of the British 'Colossus' class but construction had to be suspended as peace hovered in sight. Taken up once again, in 1952, she was commissioned in November 1959 as HMS Hermes. Being of post-WW II vintage, she was endowed with all the new innovations to operate modern fast-jets - angled-deck, arrester-wires, mirror landing-sight and steam catapult. 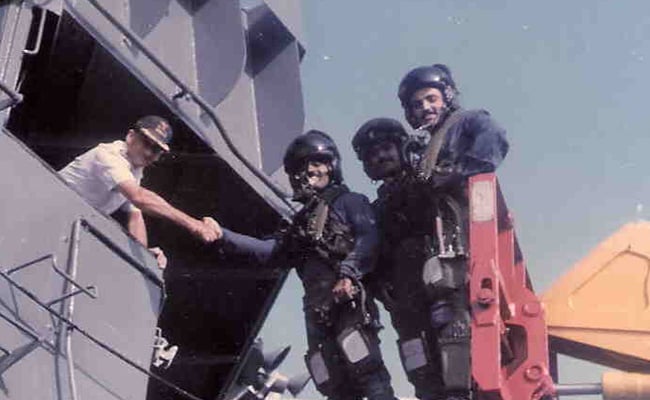 The Hermes led a charmed life, narrowly surviving repeated defence cuts imposed by a diminishing Britain. The appearance of the Sea Harrier/ski-jump combination in the 1970s gave her a new lease. Fitted out with a ski-jump, she became a 'Harrier Carrier,' and sailed in April 1982 as the Flagship of the South Atlantic Task Force to re-capture the Falkland Islands.

In mid-1982, the arrival of Indian Naval Air Squadron 300 in the UK to train on the Sea Harrier coincided with the triumphant return of Hermes from the Falklands. We heard with great satisfaction about the Harrier's 20:0 score against Argentinian Mirages and Skyhawks. Having served Queen and country for 25 years, the Hermes was placed in the Reserve Fleet in 1984.

Two years later, in what must have been one of the fastest defence deals ever, the Defence Ministry, prodded by the Chief of Naval Staff Admiral Ram Tahiliani, managed to clinch the sale of HMS Hermes to India at a bargain price of 63 million pounds. On May 12, 1987, in the Devonport dockyard, to the chanting of Sanskrit invocations, Her Majesty's Ship Hermes was reborn as Indian Naval Ship Viraat. 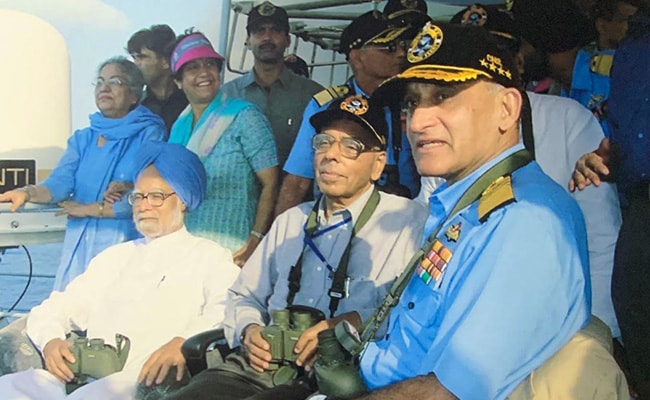 When she was finally de-commissioned on March 6, 2017, Viraat had served under the British ensign for 25 years and the Indian ensign for 30 years. A unique distinction, which put her in close competition with the USS Enterprise as the longest-serving aircraft-carrier ever.

My personal connection with Viraat was deep and sentimental since she was my last ship-command. Although I had literally 'grown up' on Vikrant, from Midshipman to Commander, it was Viraat that afforded me my greatest learning experiences - both professional and human.

My very first sight of HMS Hermes was in July 1983 as we were 'choppered' across for deck-landing qualification (DLQ) off Plymouth. We were DLQ on the old Sea Hawk which used to 'land and then stop.' But this was different; the Sea Harrier 'first stopped and then landed.' After an exciting day, launching from the ski-jump, and returning to land vertically, we departed Hermes, DLQs in hand. We had no idea then that she was destined to become 'Mother' for Indian navy aviators. 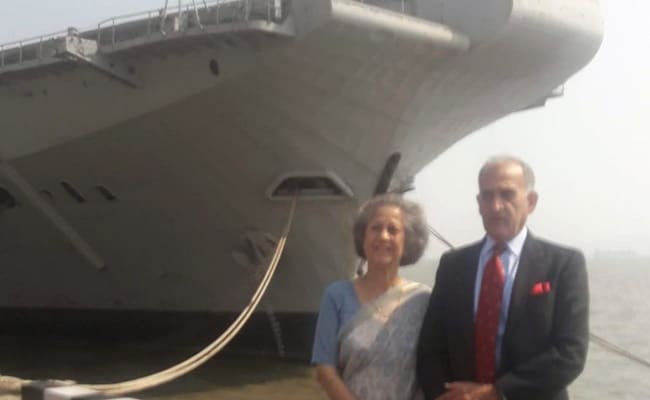 After INS Viraat's decommissioning in 2017

December 1983 saw us flying the first batch of Sea Harriers from Yeovilton to Goa via Malta, Egypt and the UAE. Soon, we were operating from Vikrant - its flat-deck was not only bereft of a ski-jump, but also sported a catapult track, which made take-offs very exciting. Four years later, my active association with the Sea Harrier over, I took command of the frigate INS Vindhyagiri.

My second dramatic encounter with Viraat came three months later as Vindhyagiri sailed with the Western Fleet to greet the carrier off Mumbai after her maiden voyage from England. It was a typical monsoon day with frequent rain-squalls, gale-force winds and heavy seas. As the ship rolled and pitched, we peered anxiously through pouring rain for a first glimpse of Viraat. And then she emerged from the gloom, this famous, majestic warship, flying Indian colours. On board were Prime Minister Rajiv Gandhi and Admiral Tahiliani. The Western Fleet proudly rendered 'Teen Jais' to welcome its new flagship.

Exactly three years later, in 1990, I returned from the US Naval War College to assume command of Viraat. For me, the jump from aircraft-cockpit to ship's bridge was transformative. At 30,000 tons, Viraat was not just a large ship, it was a potent weapon-platform and a township afloat. The ship's raison d'etre was to operate combat aircraft, and in order to ensure safe and efficient flying, its six departments had to work like a symphony orchestra with the Captain as conductor. It was an eventful and exciting 18 months on Viraat which saw her maiden dry-docking in Cochin Shipyard. 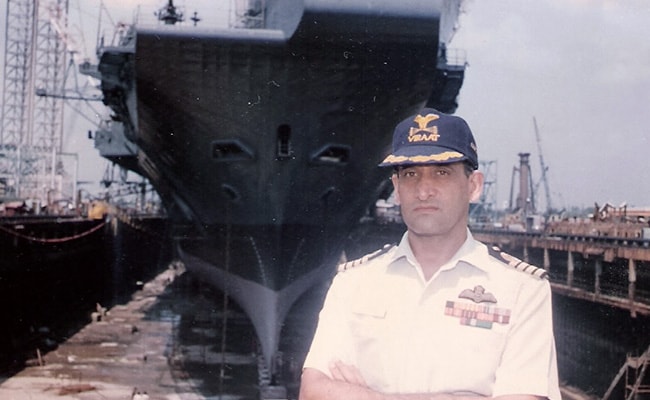 Beside INS Viraat during the ship's first dry-docking in Cochin

My last significant memory associated with Viraat relates to Prime Minister Dr Manmohan Singh's sea-sortie in 2006. The PM and Mrs Gursharan Kaur boarded the ship along with the National Security Adviser, the Defence Secretary and media-persons. During the day, the PM witnessed fleet manoeuvers, flying operations, weapon firings and seamanship drills. At night, the fleet demonstrated its anti-missile defence capability. As the PM's party watched from Viraat's deck, an anti-ship missile streaked across the sky. In micro-seconds, two Barak point-defence missiles were fired; one intercepted the missile, the second one, its flying debris, thus ending a major controversy of that era!

If Viraat's de-commissioning ceremony was a sad experience, the thought of this leviathan's last voyage to the Alang boneyard is even more depressing. The sadness will extend well beyond our shores because 'Happy Hermes' is a fondly-remembered icon in the Royal Navy too. The UK First Sea Lord was present at her de-commissioning.

There is a saying that "Old soldiers never die; they simply fade away." Old warships are different. By navy tradition, newly-built warships are often named after distinguished predecessors. Thus, we have seen new incarnations of beloved old ships like Delhi, Mysore, Rajput and many more. One can only hope that Viraat will be reborn too.