Last week, the Delhi Government rolled out a travel scheme that offers free rides to women in over 5,500 state-run buses in the national capital. This decision by the AAP government has the potential to transform the socio-economic status of women in our society, with increased access to public spaces and improved participation in the workforce.

The ability of women to move freely has been restricted globally in various domains. Freedom of movement is not only a human right - emphasized in the Article 13 of the Universal Declaration of Human Rights - but is also an economic imperative. It is important to note that restriction on movement of women is not limited to a legal imposition. When we have social and economic norms that make mobility to workplace difficult or fail to protect women from sexual harassment in public places, we are indeed restricting their freedom to move. We are ergo impairing them in terms of economics, freedom and human rights.

India ranks 121 among 131 countries in female labour force participation rate averaging at 23 per cent. At 17 per cent of GDP, the economic contribution of Indian women is less than half the global average. Women's workforce participation rate in Delhi is shamefully low at 11 per cent, which is even below the national average. Increasing this participation is paramount not only for gender equality but also for national economic progress. A prominent way to achieve this is through increasing freedom of mobility for women. 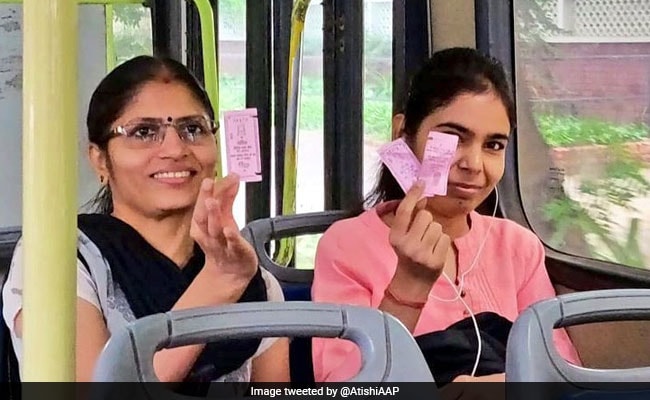 A move like the one adopted in Delhi, whereby women can travel for free in the buses is therefore a revolutionary yet necessary one. In a deeply unequal country like ours, where women still have to take money from their fathers, husbands and sons for every small expense, free bus travel will give women independence to move freely and save monetarily. These in turn increase women's decision-making abilities and empower them. The inclusion of bus marshals to ensure protection of the commuting women further advances their mobility.

Instead of referring to theoretical studies on the relationship between increased mobility and empowerment of women, let me give real life examples that I came across either in person, on social media or in popular media since Tuesday. An outlet spoke of a 29-year-old woman who is the sole bread-earner for herself and her elderly parents. When talking of the scheme, she said that though the saved bus fee seems like a small amount in general, for her - a daily commuter - the saving aggregates to almost Rs 15,600 in a year. Another replied to my tweet stating "Today my helper came smiling on her face ki ' aaj sae har mahine kae 600 rupay bachengae (from today I will save Rs 600 per month)." 24-year-old Vinita, who works as a receptionist added that she earns Rs 12,000 per month as a receptionist, from which she had to spend Rs 2,500 alone on travel. That accounts for 21 per cent of her income! The percentage of her monthly budget, which she would earlier spend on transport, was three times the percentage of the national budget allocated to education.. On asked how she felt after the implementation of the scheme, "relieved now" were her words.

These are stories of real women of Delhi, who have within the last two days of the implementation of the scheme already realised its benefits. They are mobile without monetary restrictions, and have already become aware of how much they will save and where they now want to invest that saved money. This is indeed a historic move in the field of women empowerment, and it is so heart-warming to see the joy on women's faces as they show their 'pink ticket' for free travel.

While the United Nations Human Rights Committee concurred that "Liberty of movement is an indispensable condition for the free development of a person," the Delhi model has become one of the first 100 cities globally to apply this belief in a literal sense - in the transport sector for women. The rationale for doing so is simple and is printed on the 'pink ticket' in the hands of all women who have used buses in Delhi - "When women progress, the country progresses."

(Atishi is the national spokesperson of Aam Aadmi Party and former Advisor to Education Minister of Government of NCT of Delhi.)

We Need Action, Not Meditation In Foreign Lands - By Yashwant Sinha