Adityanath's Growing Campaign To Be Seen As Successor To Modi

Will Yogi Adityanath succeed Narendra Modi as the supreme leader of the BJP and of the government? This question may seem premature, but it's certainly doing the rounds in the ruling party, and outside. Modi remains strong and within the Hindutva fold, he is a respected and feared leader; his grip on the party and government is unchallenged. But in the manner of his ascension lie lessons that can be adapted by other leaders looking for a how-to guide.

Before Modi, Atal Bihari Vajpayee and LK Advani had such a long innings that others found it hard to aspire to the top job. Their own status was built slowly and carefully. Vajpayee was cultivated by the RSS starting the mid-50s for prime position, Advani was thrown to the top by the Ram Mandir movement. Modi was neither prepared by the RSS nor was he a product of a movement. Unlike Atal and Advani, he rose on account of careful planning, projection and positioning. When he was made the prime ministerial candidate of the party in 2013, there were many in the rank and file like Sushma Swaraj, Rajnath Singh, Nitin Gadkari and Arun Jaitley who aspired to be Prime Minister; none could match his shrewd manoeuvres or the countrywide hold he was forming over voters, glimpses of which were apparent even then.

There is no denying the fact that Amit Shah, thanks to Modi, is today seen as the second most powerful leader within the party. He is his boss' eyes and ears and it is assumed that he is being trained by Modi to succeed him. On the other hand, Yogi Adityanath, like Modi, is self-made and owes his rise to noone. In 2017, when he was made Chief Minister of Uttar Pradesh, it was a surprise to many. By then, he had been elected five times as an MP from Gorakhpur. He was seen as a staunch Hindutva leader who had his own army of Hindu youth, called the Hindu Yuva Vahini. As a Chief Minister, he may not be liked by the liberal middle class and the English-spouting elite, but he is very secure in his post and has emerged as an icon of the Hindutva middle class. 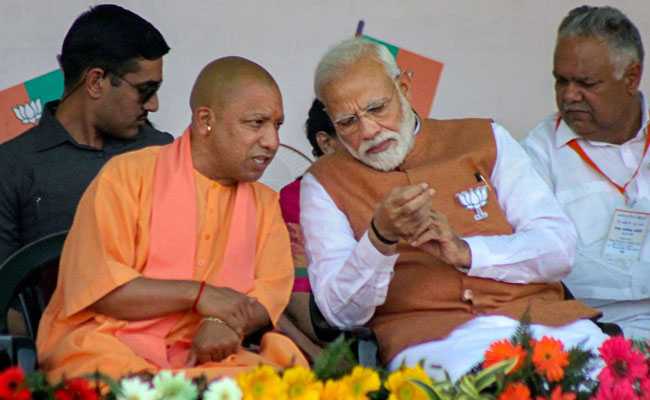 Among BJP Chief Ministers, he is the most envied and imitated leader. Last month I was in Madhya Pradesh and asked many friends why Shivraj Singh Chouhan, now serving his fourth term,has changed his image and become very aggressive as he flaunts his Hindutva credentials, which he never did earlier. He was always known as soft-spoken, mild-mannered, a consensus builder who did not discriminate between communities or play the Hindu-Muslim card. I was told he is feeling intimidated by the sudden rise of Yogi; he feels that he is being upstaged by a first-time Chief Minister. Therefore, he is now espousing the Hindu cause, pursuing discriminatory politics, call it "The Yogi Effect".

Shivraj Singh's anguish can be understood. Like Modi, in the present ideological ecosystem, Yogi has the 'right' credentials to lead the party in the future. The era of Atal and Advani has passed. Since 2014, politics and society has changed. Moderate Hindutva has given way to aggressive Hindutva. Leaders like Shivraj Singh Chouhan, Raman Singh, Vasundhara Raje Scindia, Rajnath Singh and Nitin Gadkari seem antique in the present maize of Hindutva ideology. Modi in 2013, when he aspired to be Prime Minister, did talk about development, but the 2002 riots had given him the aura of a strong Hindutva leader who could teach the 'enemies' of Hindus a lesson. And after becoming Prime Minister, he has invested more acuity in his Hindutva image.

Yogi, even before he became Chief Minister, was a rabble-rouser who never minced words while attacking Muslims. He was booked by the UP government for his provocative speech against Muslims in 2007. It is no coincidence that after becoming Chief Minister, his first order was to close all abattoirs, overwhelmingly run by Muslims. Even as an MP, he was extremely aggressive on the issue of "Love Jihad". He was the first Chief Minister to promulgate a "Love Jihad" ordinance, followed by other BJP-ruled states, including Madhya Pradesh. When the Shaheen Bagh movement spread to UP, he retaliated with immense force. Activists were randomly put behind bars; so was former IPS officer, SR Darapuri, nearly 80 years old; pregnant women activists were not spared. Anti-CAA protesters were treated like hardened criminals; their faces and addresses were displayed on public hoardings.

Yogi Adityanath at an election rally

Yogi's past as Mahant or chief priest of the Gorakhpur Peeth or sect is an added advantage. He wears saffron attire lke Sadhus in the Hindu religious tradition. Like Modi, he lives alone. He is unmarried and can't be faulted for wanting to earn money or privileges for a family. He does not live with his parents either. When he was adopted by his guru, he renounced familial ties and has since then lived like a 'saint'. Other BJP leaders have to prove their Hindu credentials, but it comes naturally to him.

As Chief Minister, Yogi Adityanath has had to prove that he is a tough administrator and can run the government effectively and efficiently. In the last four years he has not only neutralized his opponents in the party but also shown a vice-like grip over the administration. Like Modi, nothing moves without his consent, and nobody can afford to cross his path. The press is not spared either.

As a tough-talking Chief Minister, he is also eager to prove that he means business; he is equally at ease with big corporates, part of his plan and ambitions to turn UP into a model of development, much like Modi successfully sold the Gujarat dream. Apparently, he has hired a team of professionals to build his image and turn him into a saleable commodity at the national and international fora. His so-called development stories are adorning the pages of newspapers and TV screens (including via ads paid for by his government).

As he positions himself as a replacement for Modi, he is the most sought-after leader for state elections, even outside the northern belt. His demand as a star campaigner is infectious. He is seen making speeches from Tripura to Kerala and from Hyderabad to Assam and West Bengal. So among 'Hindutva' voters, his appeal is universal.

But the bigger question is will he be another Modi? Will he make the transition and be acceptable not only in his own party but also to the larger audience? There is another question too for consideration. An organisation which believed in collective leadership - would it like to go through the same pain and pleasure again, or will it go for course correction?