Yael Shelbia, 19, recently topped a "100 Most Beautiful Faces of the Year" list 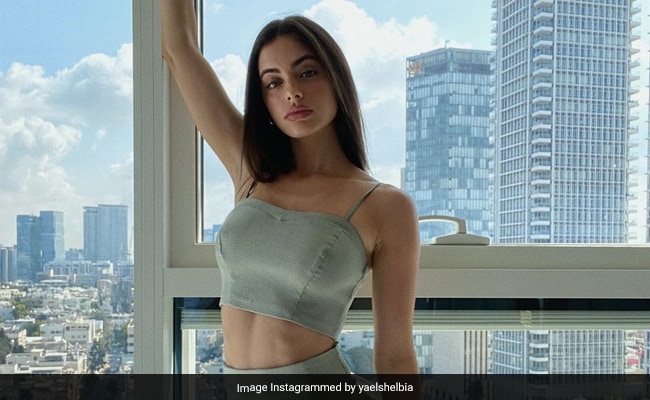 Yael Shelbia, 19, recently topped the "100 Most Beautiful Faces of the Year" list.

The "most beautiful woman in the world" has opened up about the hate she has received on social media. Yael Shelbia, an Israeli model and actor, recently topped TC Candler's annual "100 Most Beautiful Faces of the Year" list for the year 2020.

The competition gained viral fame when six-year-old Thylane Blondeau won it a few years ago.

For Ms Shelbia, however, the joy of victory was marred somewhat by the trolling she faced after winning.

While she was inundated with congratulatory messages from well-wishers and fans, the 19-year-old admits that not all the messages she received were complimentary.

"I've received a large amount of support and love, also suitor messages I must admit, and messages that weren't the nicest," she was quoted as saying by The Sun. "They said the normal things that haters say, nothing worth any attention."

An Instagram post where Yael Shelbia thanked the people who voted for her and helped her top the list of the 100 most beautiful faces received over 4,000 comments on the photo and video sharing platform. While a large number complimented the model, others trolled her using the hashtag #UglyQueen.

Ms Shelbia claims she was surprised when she won the contest and did not even know she was participating in it.

"I was very surprised, I didn't even know I was participating in this contest," she said, according to Ladbible. "It's very exciting and flattering. I don't know why they chose me, I think beauty is so individual and all women are beautiful."

Ms Shelbia has modelled for Kim Kardashian's KKW Beauty and Kylie Jenner's skincare range. She is currently dating Brandon Korff, the grandson of the American billionaire Sumner Redstone, who she says is "very happy" for her.

According to TC Candler's website, the contest to choose the 100 most beautiful faces is "not popularity contest and is most definitely not country specific." The ranking is decided by a diverse group of around 20 people from across the world, and "aesthetic perfection" is the only criteria.

Despite topping in that criteria, Ms Shelbia insists that other qualities make a person beautiful.

"I think what makes a person beautiful is to be kind, humble and most of all - positive. When you are good, it is really shown in your eyes and eyes never lie," she says.