The video has received more than 6 lakh views so far. 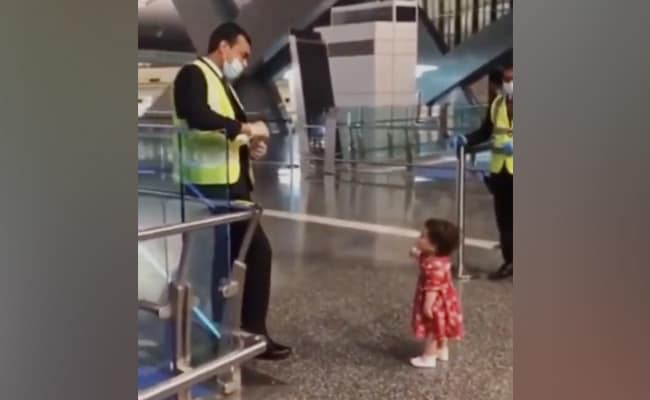 A video of a little girl seeking permission from airport officials to give her aunt a goodbye hug is all over the Internet. The clip opens to the toddler taking baby steps towards a security officer. She asks for his permission and signals with her hand that she wants to meet her aunt.

The officer nods in agreement and the child rushes towards her aunt. The aunt too runs towards her and takes the girl in her arms.

“She asked the officer permission to say goodbye to her aunt at the airport,” read the caption of the video.

She asked the officer permission to say goodbye to her aunt at the airport. pic.twitter.com/bcsb9rnxt6

The adorable moment has garnered more than 6 lakh views and much love.

“Brought me to tears,” a user wrote in Hindi.

Another praised the security personnel at the airport. “Good gesture by airport authority...Cute baby.”

Others suggested children are more interesting than adults and their innocence is praiseworthy.

It was not clear at which airport the video was recorded or who recorded it, but several people commented on the Twitter post that it was Hamad International Airport in Doha, Qatar.

This is Hamad international Airport Qatar, no wonder why it's the best in the world.@HIAQatar