Love is literally in the air! 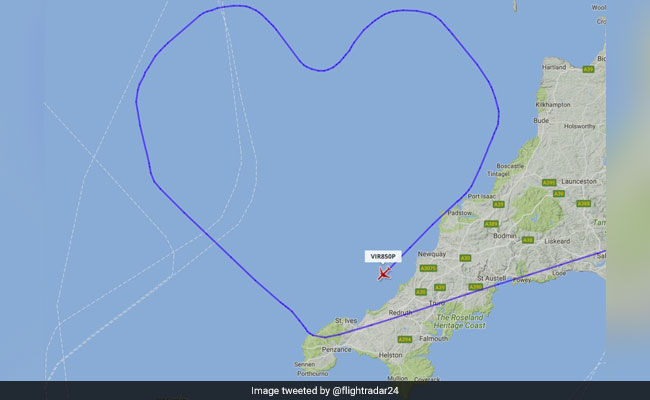 Lovers on Valentine's Day go the extra mile to express their affection for each other, often involving expensive gifts, trips or well-planned surprises. But to celebrate the year's most romantic day, a Virgin Atlantic flight went not one but 100 extra miles.

The unique flight path was spotted by air traffic monitoring portal "Flight radar 24" which shared a screenshot of the flight's route.

However, some people Twitter were not impressed with Virgin Atlantic's Valentine's Day gimmick and called out the airline for wasting aviation fuel and causing possible delays. Responding to people's concerns, the airline clarified that the flight was for training purposes.

"This was a required training flight that happened to take place on Valentines Day, so we altered the flight path slightly to make a heart shape," Virgin Atlantic said in tweets.

The airline later shared an animation of the flight drawing the heart 30,000 feet in the sky.

Happy Valentine's day! In case you missed it, here's our Airbus on it's heart-shaped training flight earlier today! #LoveisintheAirbus#ValentinesDay : https://t.co/2aXGiKF7Dmpic.twitter.com/GwIKehh2OS