Thanks To Polar Vortex, #FrozenPants Take Over The Internet 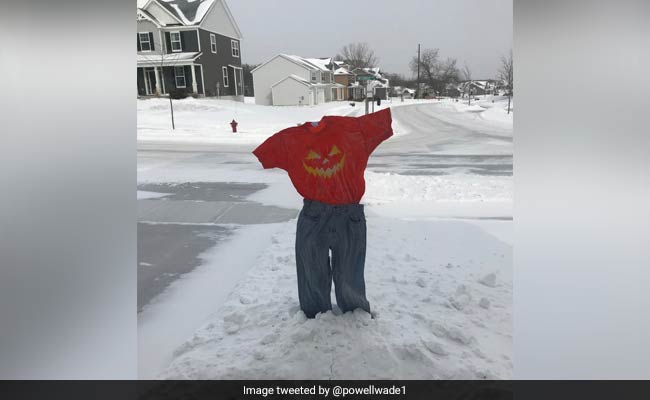 A picture shows frozen clothes standing upright without any support.

Pictures of frozen pants standing upright in the snow have gone viral on the Internet, thanks to the low temperature brought by the polar vortex to the American Midwest. People living in in the freezing regions of the upper Midwest and beyond are purposely freezing their jeans as part of the #FrozenPants challenge, and the pics are hilarious.

The bitter cold in the US is being caused by a displacement of the polar vortex, a stream of air that normally spins around the stratosphere over the North Pole, but whose current was disrupted.

Minneapolis resident Tom Grotting, who claims he came up with the idea about six years ago, tells Time that outside temperatures need to reach below 0 degrees F before the pants will stand on their own.

The frozen pants challenge has now expanded to include T-shirts, dresses, tuxedos and more. Take a look at some of the #FrozenPants challenge posts below:

A viral video also shows a pair of pants, tossed into the air, stick at landing.

Curious to see what else people have witnessed due to the frigid weather? Check out the viral polar vortex posts here.

What do you think of the frozen pants challenge? Let us know using the comments section below.