Zoo officials say that things between the new couple are going well. 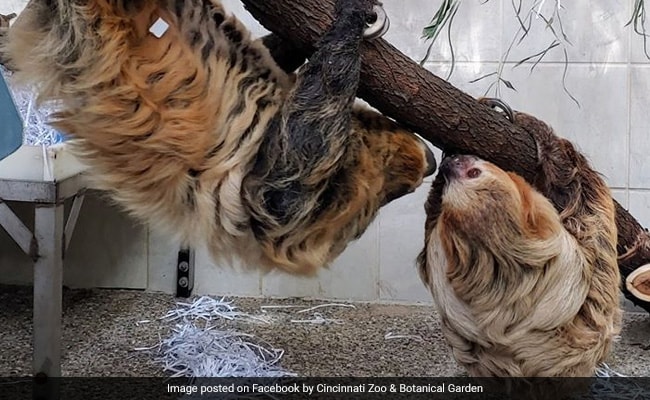 A photo shared by USA's Cincinnati Zoo has captured the budding romance between two sloths. The picture, and the hilarious caption accompanying it, are going viral online. The pic shows "Two-toed Moe" the sloth meeting his new girlfriend, Lightning.

Zoo officials say that things between the new couple are going well, but staying true to their name, the sloths are "taking things slowly". The two are getting to know each other behind the scenes.

"If you don't see two-toed Moe the sloth in Discovery Forest, it's for a good reason. He's being introduced to a new girlfriend, a seven-year-old sloth named Lightning!" wrote Cincinnati Zoo on Thursday, sharing a cute picture that shows Moe and Lightning nose to nose.

The zoo explained that the two will stay together for about two weeks before Lightning will get to explore Discovery Forest solo for a day or two before Moe joins her there. The Discovery Forest exhibit at the zoo recreates a tropical Latin American rainforest.

Since being shared on Thursday, the post has collected over 16,000 'likes' and more than 2,000 comments. It has also been inundated with hundreds of amused comments.

"Love in slow motion," quipped one commenter. "Oh my they just like hanging around with each other!" said another, while a third wrote: "Cutest post! Lightning, haha. Great name for a sloth."

What do you think of the pic? Let us know using the comments section.