"Not By Gulzar," Says Twitter After Anand Mahindra Shares Couplet

"Thank you Gulzarji, for giving me the logic for remaining wedded to my device!" wrote Anand Mahindra. 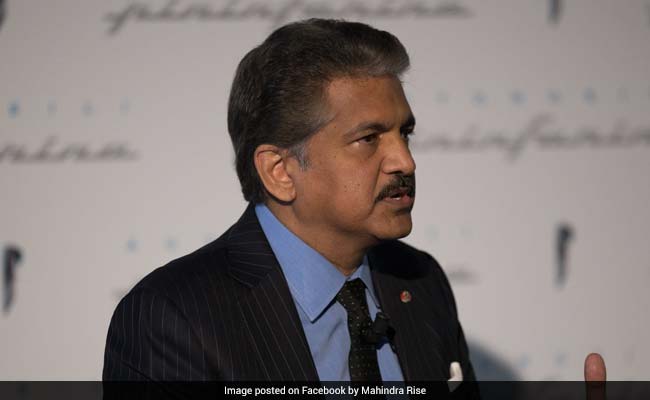 Anand Mahindra started Monday with some thought-provoking Hindi poetry. This morning, the businessman tweeted a couplet on mobile phones and the place of importance they hold in our lives today. The couplet, in the post shared by Mr Mahindra, is attributed to noted lyricist and poet Gulzar - something that Twitter quickly pointed out as incorrect.

The poem tweeted by Mr Mahindra reads: "Khud se zyada sambhal kar rakhta hun mobile apna, kyunki rishte saare ab isi mein kaid hain (I take better care of my phone than I do of own self because it contains all my relationships)"

"Thank you Gulzarji, for giving me the logic for remaining wedded to my device!" wrote the tech-savvy Chairman of Mahindra Group, who is well known for his 'WhatsApp Wonder Box'.

However, many Twitter users were quick to point out that the couplet is not by Gulzar.

Thank you Gulzarji, for giving me the logic for remaining wedded to my device! 😊🙏🏽. (Even if this was a tongue-in-cheek comment, it's true that mobiles help us stay connected!) pic.twitter.com/P3NTrQ0Z16

Many Twitter users, while appreciating the lines, informed Mr Mahindra that they are not actually by Gulzar, who has given the world gems like the Oscar-winning song 'Jai Ho'.

A very beautiful quote @anandmahindra sir. But just want to point out that I couldn't find any reference of Gulzar sahab making this shayari, so unsure of its verification.

Sometimes people make a quote with popular figure's name and their picture and people tend to believe it.

Gulzar may not have written these lines. #WhatsappUniversity

A few pointed out that the poem is already listed in 'Not by Gulzar' - a Facebook page dedicated to "documenting the poetry which is not penned by Gulzar, but widely distributed with credit to him.."

@anandmahindra Sir this is the best start of Monday

True Sir, whether we like it it not, today WhatsApp only is helping the Families & Friends (esp. who live far apart) stay connected

What do you think of the couplet? Let us know using the comments section.