A video of the mother laughing hysterically after she realises her mistake has gone viral with 4 million views. 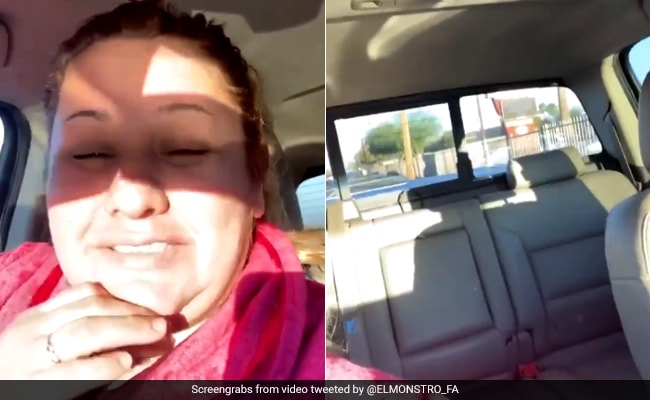 A viral video shows a mom laughing hysterically after forgetting her kids at home.

They say it takes a village to raise a kid, and nobody knows it better than mothers. Getting children ready for school and out of the door every morning is no easy task – so when one exhausted mom drove off to school without them, the Internet was thoroughly amused, but totally sympathetic.

A video of the mother laughing hysterically after she realises her mistake has gone viral on Twitter with a whopping 4 million views. In the video, the mother films herself explaining that she was half-asleep in the morning when she drove to school without her children, leaving them at home.

"The kids are not in the car," she says, panning her phone camera to the empty backseat. "I'm driving to school without my kids! I am taking the kids to school and I don't even have them in the car. I have to go back and pick them up."

"I can't believe it," she says, still giggling at her auto-pilot mistake.

Since being posted on Twitter four days ago, the video has garnered thousands of amused as well as sympathetic comments.

"She needs a vacation away from that routine. God bless moms," wrote one person.

"I like that you can tell that this isn't staged! She's a real mom who was real tired who real life just got in and started driving," said another.

Imagine stepping outta the house, backpack in hand and seeing your moms pull out the driveway and speed down the block 😂😂😂😂😂 pic.twitter.com/Cs5xTgTsEw