Woman Reunited With Her Ring After 46 Years, Thanks To Social Media

According to the woman, the man had posted a photo of the ring on his Facebook page and that helped him trace her. 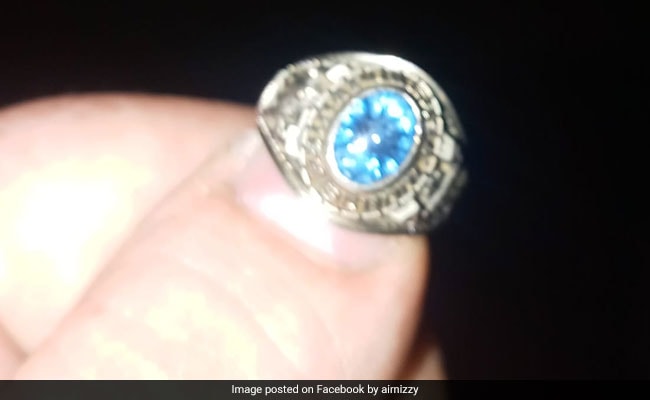 A woman has been reunited with her lost class ring after nearly half a century.

A woman in the US has been reunited with a ring she lost 46 years ago when she was in high school. According to news website UPI, Mary Gazall-Beardslee, from Michigan, said she lost her class ring in 1975 and never expected to see it again until she received a message on Facebook from Chris Nord. The message from Mr Nord said he has got something that may belong to her. The woman was shocked when she saw the item he was talking about.

“I received a message in my messenger that said, 'I have something that may belong to you.' So, I was very cautious about opening it up. I thought, 'oh no, it's going to be spam or something',” she told WNEM-TV.

According to the woman, Mr Nord had posted a photo of the ring on his Facebook page and it was widely shared by other users. He had been looking for the ring's owner for 20 years, Ms Gazall-Beardslee added.

Mr Nord's initial post seeking information about the ring's owner was shared by Powers Catholic High School where Ms Gazall-Beardslee studied. “Hoping to get our Class of 75 Charger connected with a lost class ring. Please contact us if this might be you,” it read.

After she was reunited with the ring, Ms Gazall-Beardslee replied to the post by her high school, thanking everyone for sharing it. “That is my ring, I lost it the summer after graduation. Forty-six years ago. I've been contacted by the person who found it...It's a nice long story.”

Mr Nord said his brother had found the ring in a box thrown in the trash about 20 years ago. Mr Nord said he had been keeping it ever since, and recently decided to use social media to look for the owner.