Leopard Spotted In Residential Area Of Ghaziabad. Video Is Viral

Footage of the leopard pacing the roads of Ghaziabad has gone viral on social media. 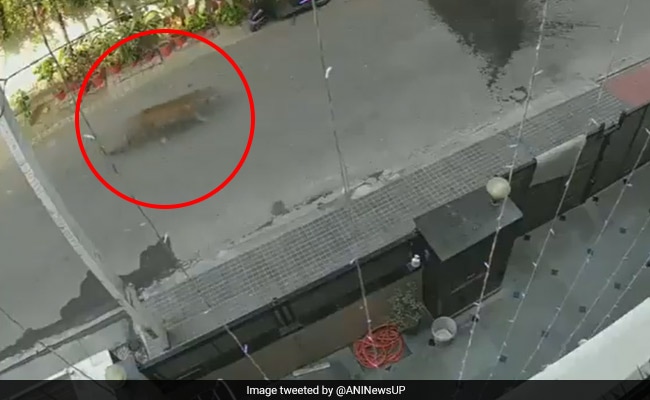 A leopard was filmed in a residential area of Ghaziabad.

A leopard was spotted in Rajnagar area here on Tuesday, officials said. The big cat entered the generator room of the vice chairperson of the Ghaziabad Development Authority (GDA).

When a sweeper was about to start the generator, the leopard jumped on him, causing him to scream. Some other workers reached there and attacked the leopard with batons, following which it climbed a tree and entered an institute campus, an official said.

#WATCH A leopard entered a residential area in Kavi Nagar, Ghaziabad yesterday. The leopard was rescued by the forest department officials pic.twitter.com/FoxewatEWW

In CCTV footage, the animal was seen inside the residence of the senior superintended of police as well, District Magistrate Ajay Shankar Pandey told PTI. He said five teams of the forest department have been pressed into service for combing and catching the animal.

DM Pandey has urged the residents to stay inside their houses as a precautionary measure till the big cat is trapped by the forest department's teams.

Footage of the leopard pacing the roads of Ghaziabad has gone viral on social media.

In August, the footage of a leopard was captured by a CCTV installed inside a residential society in Vaishali.

Teen Crashes Audi Into House, Drives Off With Front Door