5 Hapless Hitmen Kept Passing On Murder Contract. Now They're All In Jail

The hapless assassins kept passing on the contract in the hope that someone lower down the chain would actually carry out the killing. 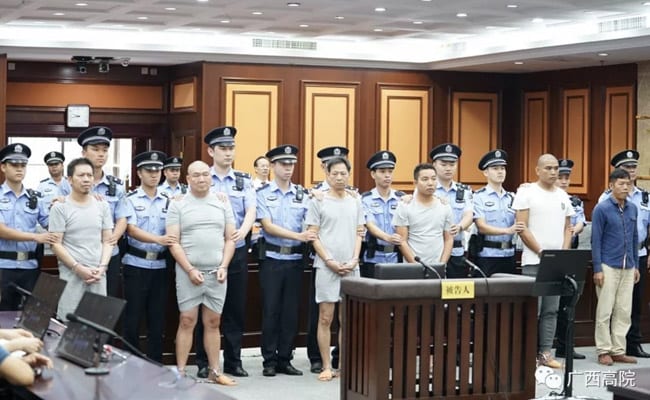 A string of hitmen who repeatedly subcontracted a murder to each other -- then failed to go through with the job -- have been jailed in China.

The hapless assassins kept passing on the contract -- each time taking a cut of the cash -- in the hope that someone lower down the chain would actually carry out the killing.

But when the man with the lowest price got his marching orders, he decided instead to fake the murder -- and enlisted the help of the intended victim.

The whole farcical enterprise collapsed when the would-be target simply called the cops.

A court in Nanning heard how the original dispute erupted in 2013, when a businessman surnamed Wei sued real estate developer Qin Youhui.

Fearing a costly and lengthy legal battle that could dent his bottom line, Qin hired assassin Xi Guangan to "take out" Wei, the court said, paying him two million yuan ($282,000).

Xi, however, didn't fancy getting his hands dirty, and subcontracted the work to Mo Tianxiang for half the price.

Yang, spotting what he thought was an easy way to make a quick buck, hired Yang Guangsheng for 700,000 yuan.

Yang Guangsheng then extended the chain to a fifth hitman, Ling Xiansi, who agreed to do the job for just 100,000 yuan ($14,000) -- five percent of the original contract.

However, Ling realised the price wasn't worth a possible life sentence if he was caught, so he decided to try to fake the murder -- and got in touch with his mark.

Wei -- the man who was by this time supposed to be well and truly dead -- told the court that he met the possible assassin at a cafe and agreed to pose for a photo where he was bound and gagged.

The photoshoot over, Wei trotted off to the police station, where officers set about unwinding the tangled tale of incompetent killers.

All five -- plus the man who originally ordered the hit -- were jailed last week, for terms ranging from two years and seven months to five years.