The 10-year-old boy wrote to Kerala Police for help in getting his and his brother's cycles back. 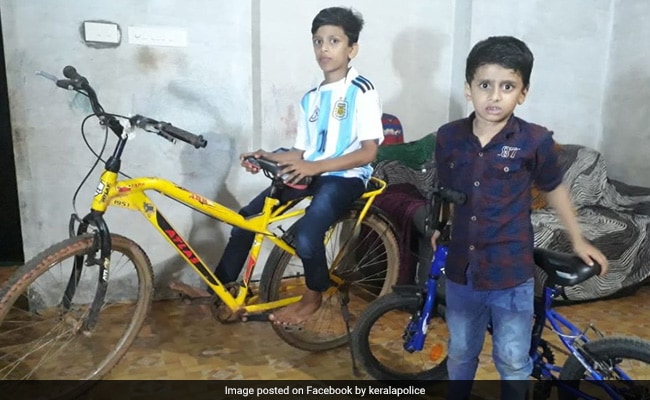 Abin and his brother have been reunited with their cycles.

A 10-year-old boy from Kerala decided to approach the police when his and his brother's cycles were not repaired for over two months. Abin, a student of class 5 in Kozhikode, sent a handwritten note to Meppayur police station seeking their help in the matter.

In the letter, dated November 25, Abin wrote that he and his brother had dropped off their cycles to be repaired on September 5. The letter, written in Malayalam, explained that the shop owner failed to return the cycles despite multiple calls.

"He's closed at the shop," the 10-year-old wrote, asking the police for help and adding that there is no one at home who could intervene on their behalf.

On Thursday, Kerala Police shared a photo of the letter, written on a page out of a notebook, on Facebook.

They revealed that they acted on the complaint and Officer Radhika NP went to the shop to enquire about the delay. The shopkeeper reportedly said that he had not been able to repair the two cycles as he was sick and busy with his son's wedding, and promised to deliver them soon.

Kerala Police's post has collected over 65,000 'likes' and more than 4,000 'shares', along with thousands of appreciative comments.

"Good job," wrote one person, praising Kerala Police, while another said "Thank you for helping."