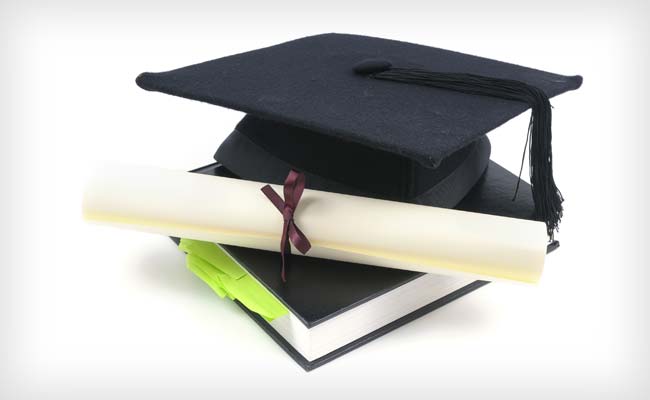 Raj Kumar Vaishya has enrolled for a master of arts in economics from the Nalanda Open University. Image Courtesy: iStock

Patna: At 95-years-old, Raj Kumar Vaishya is still keen to fulfil his dream of acquiring a post-graduation degree and is working towards it with the help of his retired son and daughter-in-law.

He has enrolled for a master of arts in economics from the Nalanda Open University (NOU) here.

"I am nearer to fulfilling my long cherished dream of a postgraduate degree in economics. My aim is not to get a degree; the thrust is to study and gain knowledge of economics so as to understand the problems faced by the people and the country and to contribute something, if possible," says Vaishya, who retired in 1980 as a general manager in a private firm in Koderma (now in Jharkhand).

He says he wished to study economics also to understand why the country had failed to solve problems like poverty, illiteracy and joblessness.

Living with his second son and daughter-in-law in the posh Rajendra Nagar colony here for the last 10 years after his wife's death, Vaishya said the academic atmosphere in the house helped him make up his mind to study further.

His son Santosh Kumar, now in his early 70s, retired from the National Institute of Technology, Patna, whereas daughter-in-law Bharti S. Kumar, in her early 60s, retired as a professor from Patna University.

"Initially, they told me studying is not an easy task at this age, but later agreed to support me in view of my commitment. My son will teach me mathematics and statistics and the daughter-in-law will pitch in with other help," Vaishya said.

"I have decided to devote two hours daily in the morning and night hours to studies. After post-graduation, I will not pursue a Ph.D," Vaishya told IANS.

NOU Registrar S.P. Sinha said it was a pleasant experience for university officials when told about Vaishya's keenness to join the postgraduate course.

"When we came to know that he can read and write fluently as well, it was decided to send a team of NOU officials to his apartment to enrol him in view of his old age. We enrolled him on September 8 for the 2015-16 session and provided the study material in Hindi. However, he demanded the study material and books in English; we will provide these to him soon," Sinha told IANS.

He said Vaishya's zeal was admirable and his initiative sent out a positive message in society, particularly among senior citizens. NOU has also had retired professor Ram Chandra Mishra Madhup, 84, registered for a Ph.D.

Born on April 1, 1920, in Uttar Pradesh's Bareilly town, Vaishya did his graduation from Agra University in 1938 and got a degree in law in 1940. He said he failed to do post-graduation then due to increasing family responsibilities.

Regularly reading books, newspapers, and magazines and fond of TV serials like "Jodha Akbar", "Razia Sultan" and "Maharana Pratap", Vaishya can still read without spectacles and write fluently in Hindi and English with a steady hand. He however uses a walker after fracturing his leg some years ago. "Otherwise, I am healthy," said Vaishya, revealing that his secret to a long life was simple living and leaving everything else to god.

"I accept everything as it happens. Today tension kills more than anything else. People, particularly the young, should learn to live without stress."

A vegetarian and a lover of simple traditional Indian food, he said he never consumed fried food and always ate less than he needed. "Overeating kills more people than starvation," he quipped.