The "Oh to be" scenarios range from wishful to downright bizarre. 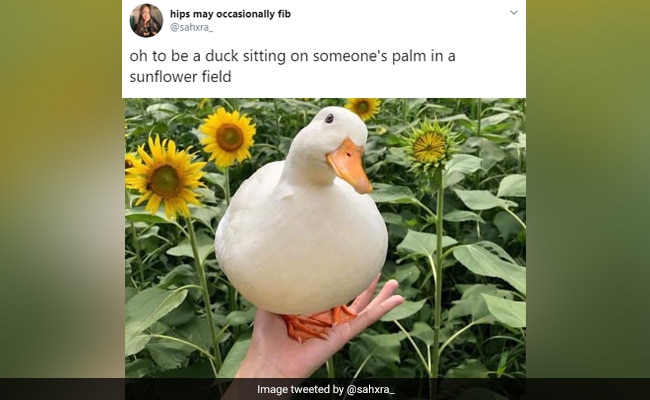 The "Oh to be" meme is taking over Twitter.

The "Oh to be" trend" involves people imagining themselves in situations that seem preferable to their own. The scenarios range from wishful ("Oh to be a teenager living in LA with rich parents and millions of TikTok followers") to wholesome ("Oh to be a tiny bear cub dancing in the forest with my friends") to downright bizarre ("Oh to be an omelet in a pool of curry").

The trend appears to have begun in December last year, when a Twitter user captioned a viral video of a dough ball in a pan by writing: "Oh... to be a ball of dough running in little circles."

oh.. to be a ball of dough running in little circles pic.twitter.com/hUvgnuJXl0

Since then, the meme has exploded in popularity. Take a look at some of the funniest, most wholesome and most bizarre tweets it has inspired:

Oh to be a fluffy Japanese pancake https://t.co/T64ZwXzkuM

oh to be a rich mom picking up your kids from daycare in a full the row outfit pic.twitter.com/ajpcrMoqrl

oh, to be a fat dog in a sweater with an apple in its mouth pic.twitter.com/w0PFzQ0gKU

Oh to be an omelette in a pool of curry pic.twitter.com/YJRmreVkKY

Oh to be a tiny bear cub dancing in the forest with my friends https://t.co/0b4nnZNAWk

Oh, to be a honeybee falling asleep in a flower while collecting nectar pic.twitter.com/xmpiUzeJa8

oh to be a doe hugging another doe in a field full of lavender pic.twitter.com/MLjihqdiZj

Oh to be a Pikachu vibing in a kiddy pool with a horsea pic.twitter.com/3dgN74tkbg

— Pikachu stole my fruit and called me a bitch (@FizzySodaWave) February 14, 2020