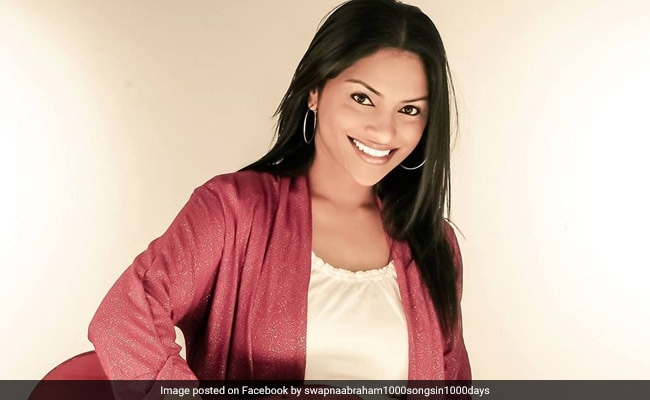 A Dubai-based Indian expat has completed her record bid to sing 1,000 songs in 1,000 days, with all songs written, composed, sung and recorded entirely by her, a media report said.

Swapna Abraham, 48, has been recognised by the Golden Book of World Records for four awards, including the "quotidian feat of composing, producing and publishing a song 'live' incessantly for 1,000 days from April 8, 2017 to January 2, 2020", the Gulf News report said on Friday.

She is also going to apply to the Guinness World Records for "the most number of songs in a digital album."

In reality, Ms Abraham has sung more than 1,000 songs, as she also sung an additional song for children over the 1,000 consecutive days - plus a third, fourth, or fifth song on many of the days. Once, she even managed to complete 22 songs in one day.

Ms Abraham, who works for a management consulting firm in Dubai, said she wanted to end her decades-long music career by, ironically, singing 1,000 songs in 1,000 days.

"After doing music professionally for 24 years and publishing 22 albums, I still felt I was very unfulfilled as a musician, as an artist. I couldn't understand what it was.

"So I made a decision to give up music for good and almost immediately after that I told myself I want to do one more very difficult thing and then I will give it up. And that's when I decided I would do a song a day for 1,000 days," Gulf News quoted Abraham as saying.

All her songs are original, meaning she had to create 1,000 themes or stories (more counting the additional songs) and the endless lyrics.