Pagani only makes 30 cars a year 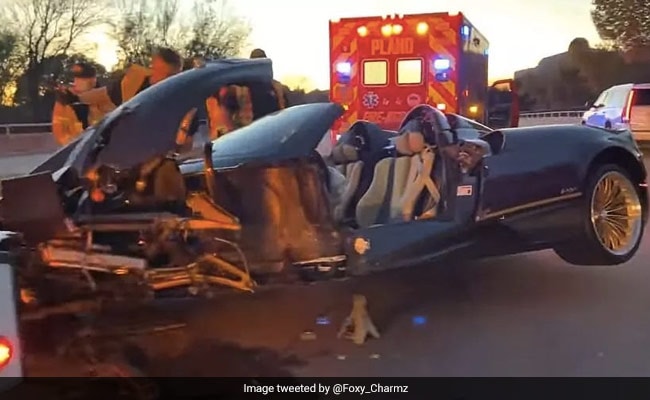 A Texas-based teenaged YouTuber wrote "s**t happens" on Instagram after crashing his father's one-of-a-kind $3.4 million Pagani Huayra Roadster. Gage Gillean is the 17-year-old behind the 'GG Exotics' YouTube channel. According to the Daily Mail, he is the son of Tim Gillean, the founder of a Dallas-based private equity firm, who owns an entire fleet of luxury vehicles.

In a YouTube video, Gage said he noticed a low tire pressure warning on the carwhile taking it out for a drive last week. He was driving the purple Pagani when he lost control of the hypercar and hit a curb.

"I lost control. We hit the curb, we caught air, we went off the ground and flew into the tree," he said, describing the accident as the "scariest thing" of his life.

According to The Mirror, he later took to Instagram to write: "S*** happens. Thanking God for a second chance at life. Crash could've left us with worse injuries or even death."

Speaking about his father's reaction, the teenager said, "He's upset. That's a loss of a car but thank god my son is alive. That's what my dad went through. I'm thankful to be able to see me dad again."

Photos that have been widely circulated online show the one-of-a-kind Pagani lying wrecked on the road after the accident. A lot of the bodywork appears to have been ripped apart during the crash.

Apparently while driving, he felt the back right tyre go out and he lost control of the car. pic.twitter.com/KbF2hMhAVU

The Pagani Huayra Roadster was one of a kind, built using carbon fibre. Pagani only makes 30 cars a year.