Noida Police said the incident took place on Sunday evening in Ghaziabad near Delhi and the traffic police personnel involved were from that district. 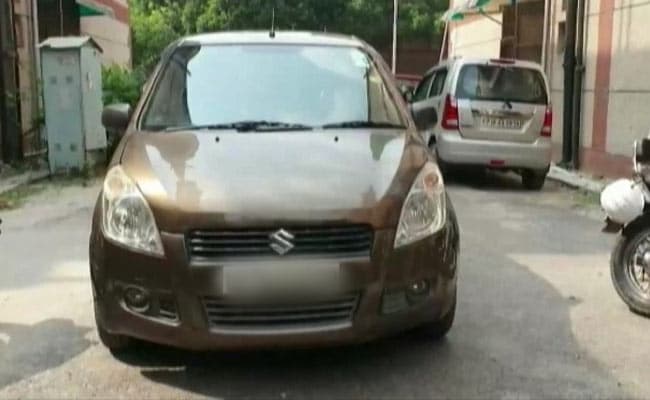 Noida Police said it came to know of the incident through reports, carried out inquiry. (File)

A 35-year-old man in Noida died of heart attack at a hospital after an altercation with the traffic police over a suspected violation, his father has alleged.

Noida Police said the incident took place on Sunday evening in Ghaziabad near Delhi and the traffic police personnel involved were from that district.

The 35-year-old worked at a software company. The man, a diabetic, was in his car with his elderly parents when the traffic policemen intercepted him for checking near the CISF Cut in Ghaziabad, according to officials.

The 65-year-old father of the man alleged "misbehaviour by the traffic police" in the name of checking under the "stricter new Motor Vehicles Act".

"There has to be a way for anything. It is fine that traffic rules have been changed. One (police) should be polite and ask somebody to pull their vehicle over for inspection. It wasn't a case of rash driving or anything. There were two elderly people sitting inside the car, yet they hit the car with batons... This is no way of checking. I don't think there's any rule that allows it," the father said.

"The man in the white uniform who had come for inspection did not appear someone of a very high rank or someone authorised to check all these things," a video clip purportedly shows him saying.

He said officials from Sector 58 police station in Noida approached him on Monday. "I would not have to see this day had the traffic policemen spoken softly. I have lost my young son, my 5-year-old granddaughter has lost her father," he told them.

"I don't know who is going to look after her, take care of her in future. I am 65 already. Who would raise her and fulfil her basic needs?" the man said.

Meanwhile, Noida Police said it came to know of the incident through a media report and carried out an internal inquiry.

"After inquiry it came to light that the deceased was prima facie diabetic in nature and he died due to heart attack. The place of incident was near CISF Cut in district Ghaziabad. It happened at around 6 pm," Gautam Buddh Nagar Senior Superintendent of Police Vaibhav Krishna said.

"The information has been conveyed to the Ghaziabad Police," he added.