Pune Infosys Rape Survivor: Instead Of Saving Me, He Filmed My Rape 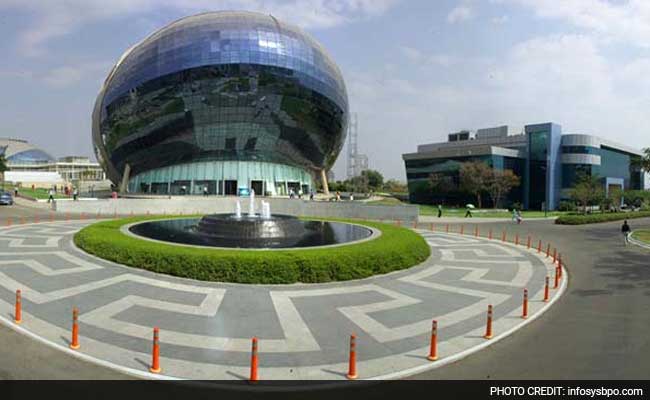 Two men have been arrested for the alleged rape of a woman at Infosys campus in Pune.

Mumbai: Concerns over the safety of women working at IT companies have arisen once again with the shocking rape of a 25-year-old cashier at the Pune campus of Infosys on Sunday. Two male housekeeping staffers followed her into the women's washroom, where one of them raped her while the other filmed the entire act. What has troubled the police though, is why the company did not report the matter immediately, instead of waiting for the survivor to approach the police the next day on her own.

The survivor and her husband hail from a farming family in Yevatmal, but moved to Pune last year in search of work, after crops were hit by the drought in Marathwada. While her husband is a peon at another office in Hinjewadi, she found a job at Infosys as the canteen cashier last month. This incident has, however, left her disillusioned with the city. "I do not want to stay in Pune any longer. This city has ruined my life. But I will fight to the end in the hope that the culprit will be punished," she told mid-day.

The survivor narrated the order of events that took place in a span of 15-20 minutes after she took a break from work at 5.30 pm to go to the restroom. The main accused - a cleaner at the canteen, Paritosh Bagh aka Purshottam (21) - barged into the women's toilet and grabbed her from behind.

"I was washing my hands when, suddenly, Bagh pounced on me, forcibly removed my sari and raped me," the 25-year-old told this paper.

When she screamed for help, another man entered the washroom - the second accused Prakash Mahadik (30). According to the police, she knew him well, as she would often come across him at work, but when she asked him for help, he instead whipped out his phone and began to film the rape.

"I was pleading with Bagh to leave me, and was shouting for help, when Mahadik entered the washroom. He saw Bagh raping me, but egged him on. He locked the door from inside and began to take pictures and record videos of the incident. I begged Mahadik to help, said I was like his sister, but he only laughed," she said.

After the incident, the men threatened to make the pictures and videos public if she complained to the police. Scared, the survivor called her husband and asked him to pick her up. As she waited at the gates for him, she narrated her ordeal to a female security guard, and the news of the crime spread to other employees.

"Some company officials approached me and told me to go home and return the next day to discuss the matter," she said.

She went home with her husband but didn't tell him what had happened until much later. He took her to a government hospital for a check-up and then encouraged her to lodge a complaint at the Hinjewadi police station on Monday morning.

The accused were arrested in less than an hour of the complaint being filed. Bagh was charged for rape under Section 376, and both were charged under Sections 354 (assault or criminal force to woman with intent to outrage her modesty) and 34 (common intention) of the IPC.

Inspector S P Bhosale from the Hinjewadi police station, said, "We picked up the accused at noon from their workplace. We also seized the handset in which the victim was filmed. Unfortunately, the files had been deleted, but we have handed over the handset to forensic experts."

"The nature of incident is very sensitive. We could not believe that the company was mum on this issue until the victim approached us. The arrested duo works in the housekeeping department of the company. We have questioned the company about the security lapse, but they are not ready to accept responsibility. They said the accused are contractual staff hired from an external agency," said Inspector Bhosale.

The police learnt that Bagh resides in Lala Sakar chawl in Hinjewadi but hails from West Bengal. According to Assistant Police Inspector Chandrakant Suryawanshi who is conducting the probe, Bagh is an employee of Tamanna Hotel, the same local eatery that caters to the Infosys canteen. He works at the Infosys canteen as a cleaner, sometimes doubling up as the waiter and cook's assistant as well.

Mahadik, on the other hand, lives in Hinjewadi with his wife and daughter, who are currently at their native place in Mahad. He was hired through an agency. The police have informed Mahadik's family of the crime and arrest, and his wife and brother are on their way to Pune. The cops are currently trying to probe whether any background check was conducted before the two accused were allowed to work at Infosys.