After 88 Years, Mumbai Police To Patrol City On Horses 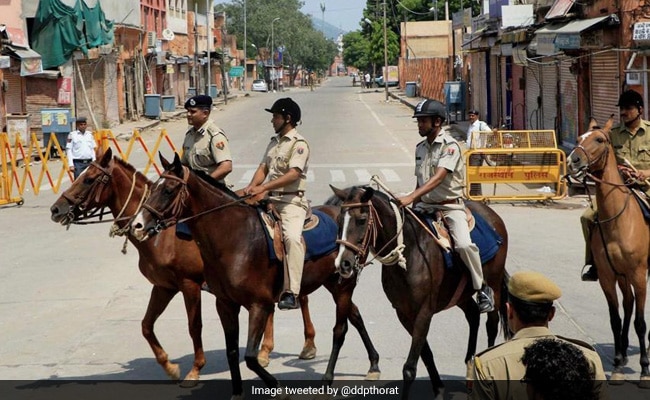 Within the next six months, Mumbai's mounted police force unit will comprise 30 horses

Mumbai will get a mounted police unit for traffic and crowd control post a gap of 88 years, and the horses will be deployed on duty after taking part in the Republic Day parade at Shivaji Park this year, Maharashtra Home Minister Anil Deshmukh said on Sunday.

Mr Deshmukh said the mounted police unit, which would patrol the streets of the bustling metropolis, was disbanded in 1932 due to growing vehicular traffic.

"Today Mumbai police has modern jeeps and motorcycles. However, it was felt that a mounted police unit would be useful for crime patrol in crowded areas. Accordingly, for the first time since Independence, Mumbai will have mounted police unit," he told reporters at a press conference.

He said horses in the unit can be used for crowd control during festivals and marches, at beaches and the rider can keep watch from a good height, and claimed a policeman on horseback was equal to 30 personnel on the ground.

He said the unit could be replicated in cities like Pune and Nagpur, among others, as well.

In the next six months, the unit will comprise 30 horses apart from a sub-inspector, one assistant PSI, four havaldars and 32 constables.

"At present, 13 horses have been purchased and the rest will be bought in the next six months. A stable will be built on a 2.5 acre plot at Marol (in suburban Andheri)," he informed.