Mumbai In Rain Trauma, Abandon Cars If You Must, Advises Police

Heavy rain has been forecast for tomorrow as well, and schools and colleges in Mumbai have been told not to open. 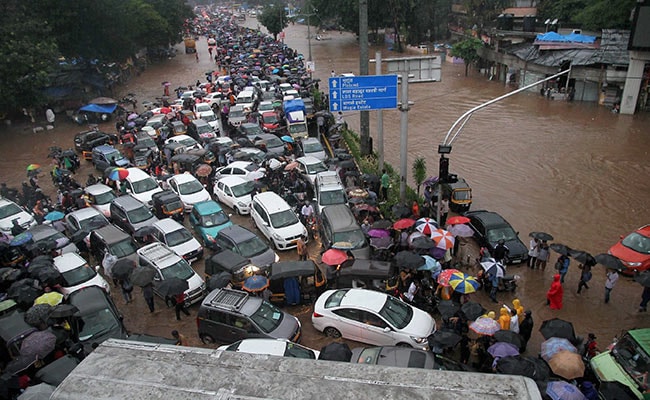 Heavy rains in Mumbai have caused traffic jams in major roads all across the city.

Mumbai: Every minute of Mumbai's day today was nightmarish after the city received over 10 times the rain that it gets during the monsoon. Four inches of rain were recorded in just four hours this morning - and by then, the financial capital was gridlocked with traffic. By the time officials began urging people not to leave home unless absolutely necessary, cars were bobbing along in water, trains were running late with tracks submerged, and key highways and roads were choked.

Heavy rain has been forecast for tomorrow as well, and schools and colleges have been told not to open.

The met department expects the rain to ease a little by about 11:30 pm. City officials will then pull an all-nighter if they are to clear roads and train tracks for tomorrow morning's rush hour. 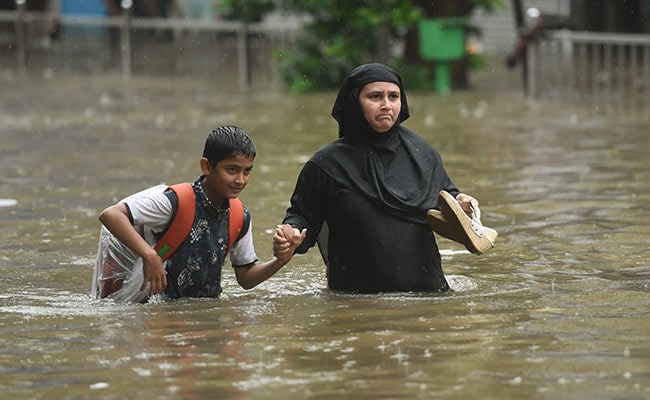 Mumbai rains: People braved waist-deep water in many parts of the city.

"It isn't a panic situation but only step outside your house is absolutely necessary," tweeted Aditya Thackeray, whose Shiv Sena party controls the city's municipal corporation. By that time, television channels were showing people wading in knee-deep water and railway stations packed with people desperate to get home.

Fights were diverted, delayed and cancelled - for a brief period, the airport closed down altogether. The total breakdown of the city brought comparisons to 2005, when relentless rain wrecked the city.

"I haven't been able to travel and had to cancel all my plans," said researcher Rajesh Prabhakar, who was stranded on the outskirts of Mumbai after his train was cancelled. "Many of my friends are stranded at railway stations... this is a reminder of the 2005 floods." 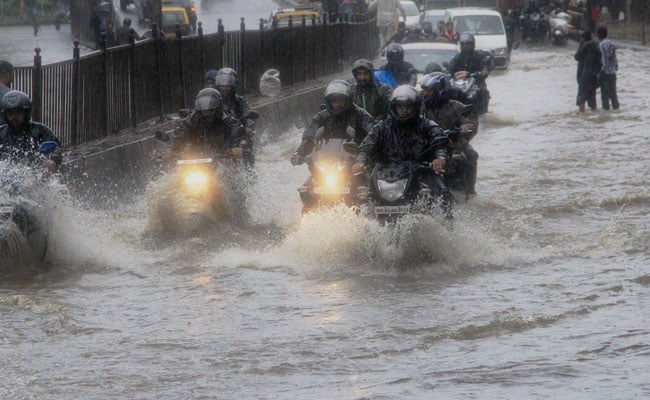 Most commuters are struggling in knee-deep water

Cars were stranded; some people including film director Mahesh Bhatt spoke of being rescued from flooded cars. One driver lowered his window to show that he was nearly knee-deep in water inside his sedan. As the evening rush hour approached and there was no sign of the rain easing up, the Mumbai police urged people to abandon their cars if the water was tyre-high.

"We are worried about infections...the rain water is circulating rubbish that is now entering parts of the emergency ward," said Ashutosh Desai, a doctor in the 1,800 bed hospital.

Promoted
Listen to the latest songs, only on JioSaavn.com
For complete coverage of Mumbai rains, click here