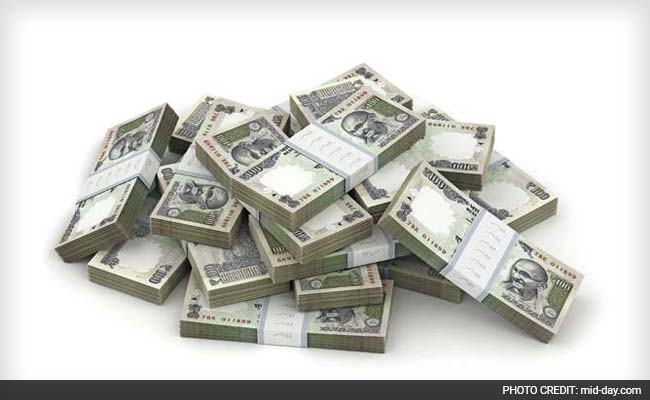 Mumbai: Having found out five months ago that his 21-year-old sister has blood cancer, a 30-year-old medical representative from Dahisar decided to take a shortcut to get the money for her treatment. Far from making things better for his family, however, Padmakar Chaubey not only got himself arrested, but also his brother, a neighbour and a friend from their village in UP.

On August 10, Sandeep Dubey, an accountant with a petrol pump located near Goregaon on the Western Express Highway, and his manager, Ranjeet Singh Lalji Singh, were travelling to a bank in Dindoshi to deposit the amount collected over the weekend, when they were waylaid.

The motorcycle they were travelling on was pushed to the ground by two of their attackers around 11 am just after they had left the pump, carrying a bag with Rs 17.5 lakh in cash.

The men attacked the pump employees, snatched the bag and ran to an accomplice, who was waiting on a bike nearby. They then used the bike as their getaway vehicle.

Officials from the Crime Branch (Unit XII) began probing the case and, while questioning the employees of the petrol pump, they found the behaviour of one employee, Shivkant Shukla (24) suspicious.

The police had suspected the hand of an insider from the beginning and Shukla, who is a resident of Rawalpada in Dahisar (East) and had been working at the pump for three months, broke down under sustained questioning. He revealed that he was part of the plot to rob the money from the pump employees.

Shukla told the police that the plan had been hatched by Padmakar Chaubey, who used to live in the house next door with his father and worked as a medical representative. Shukla had told Chaubey about employees at his pump going to deposit large sums of money to a bank.

Padmakar had discovered a few months ago that his 21-year-old sister was suffering from blood cancer in their village, Jaunpur in Uttar Pradesh, and Shukla's information led him to hatch a plan to rob the employees as an easy way to get money for her treatment.

In pursuit of this plan, Padmakar called his brother, Ratnakar Chaubey (22) from their village on July 20 and they began working out the modalities. Realising that they would need more help, Ratnakar asked a friend of theirs from the village, Rohit Yadav (27), to also come down to Mumbai, and he did so on July 27.

The trio then began conducting reconnaissance of the pump, located near Goregaon on the Western Express Highway, and the area around it to figure out the best place to carry out the robbery. Shukla had assured them he would call when the accountant and the manager left with the money and he did so on August 10.

Accordingly, Ratnakar and Yadav, who were on foot, pushed the employees' bike, snatched the bag and ran towards Padmakar, who was waiting on his own motorcycle so that they could use it to get away.

After the successful robbery, Ratnakar and Yadav left for Jaunpur with the cash. While Padmakar and Shukla were arrested yesterday, Ratnakar and Yadav have also been nabbed and they are being brought back to Mumbai. "The Chaubey brothers, one of whom works as a medical representative with a pharmaceutical company, are first-time offenders.

They have confessed to the crime and told us that they were in need of cash to pay the medical bills of their only sister, who lives in Jaunpur, UP, and is suffering from blood cancer," said Assistant Commissioner of Police, Sunil Deshmukh of the Crime Branch, who supervised the case.

The case was detected by the members of Unit XII, including Senior Inspector Madhav More, Inspector M Nivatkar and Constable Sawant. The police have recovered R3.1 lakh from Ratnakar and Yadav and will hand over the accused to the Vanrai police, where the FIR had been registered.
Comments
Cancer TreatmentShivkant ShuklaPadmakar Chaubey