Bharat Shah's grandson Yash was first detained by the police, following a fight at a Mumbai pub. 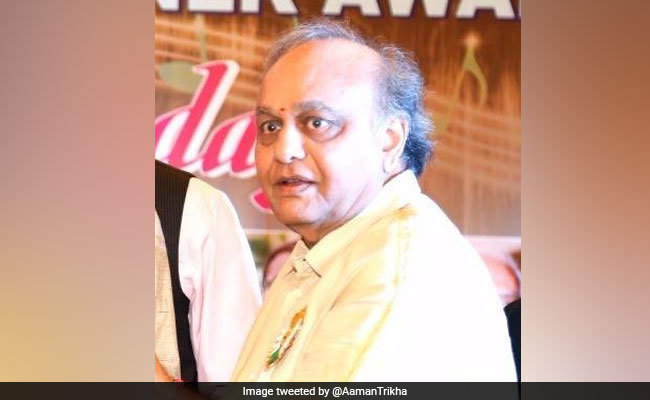 Businessman and film producer Bharat Shah, his son and grandson were charged for allegedly assaulting police personnel at Gamdevi in south Mumbai on Saturday, police said.

The Gamdevi police went to the pub after receiving a complaint about a fight between two groups, he said.

In an argument, a drunk person allegedly thrashed a police constable and tore his uniform, following which three people, including Yash, were detained and taken to Gamdevi police station, the official said.

At around 3.30 am, Bharat Shah, 75 and his son Rajiv, 55 reached the police station and allegedly tried pressurising police personnel to release Yash, he said.

Bharat Shah allegedly instigated Yash to fight with an officer, following which other policemen intervened and again took him into custody, he added.

After the incident, the police registered two separate cases, he said.

A case was registered against three people for the pub brawl, including Bharat Shah's grandson Yash, who were arrested, he said.

With regards to the incident at the police station, Bharat Shah, Rajiv and Yash have been charged under relevant sections of the Indian Penal Code and Maharashtra Police Act, the official added.