Wayanad, Kerala: "Last year there were floods and this year the rain was less. Our father had taken loans and the sons were not able to repay the loan. He had mentioned about the pressure earlier," a relative said. 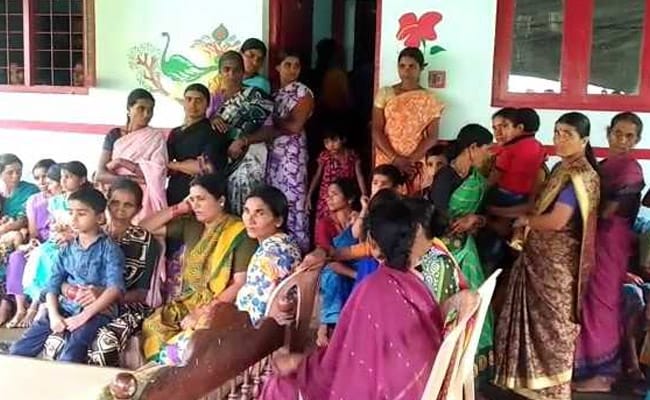 Wayanad, Kerala: The farmer's family blames pressure from unpaid loans to be the cause (Representational)

A 55-year-old farmer committed suicide after he allegedly drank poison in Kerala's Wayanad district. While officials have not yet ascertained the reason behind the suicide, the farmer's family blames pressure from unpaid loans to be the cause.

"Last year there were floods and this year the rain was less. Our father had taken loans and the sons were not able to repay the loan. He had mentioned about the pressure earlier," a relative said.

While Wayanad suffered severe flooding in 2018, there has been a severe monsoon deficit this year.

The suicide comes a little more than a month after former Congress chief Rahul Gandhi, who is the district lawmaker, had written to Kerala Chief Minister Pinarayi Vijayan, requesting monetary assistance for the family of V Dinesh Kumar, who had committed suicide in May.

V Dinesh Kumar allegedly took poison on May 25 over pressure from unpaid loans, according to family members.

"Saddened by death of farmer Dinesh Kumar. His family claims he was under immense stress of not being able to repay loans and was forced to commit suicide," Rahul Gandhi wrote in his letter to Chief Minister Pinarayi Vijayan.

"I write to you asking for probe into the circumstances of Dinesh's death and for financial aid to his family. It is important to free our farmers from vicious debt traps, given the devastating long term impact of the 2018 floods," Mr Gandhi had written.

Mr Vijayan had then responded saying his government had announced a moratorium on repayment of farm loans for this year, adding that it was up to the centre to decide on loans from commercial banks. Mr Vijayan also requested Rahul Gandhi to raise this concern in parliament.

According to sources, Wayanad's district collector, in a report, recommended a comprehensive policy to deal with similar cases of debt-ridden farmers.

"The suicide cases are usually a combination of several reasons, out of which pressure of outstanding loans would usually be one," a senior official said.