However, temple officials said the toilets were located outside the main campus and the board was brought to their notice only now. 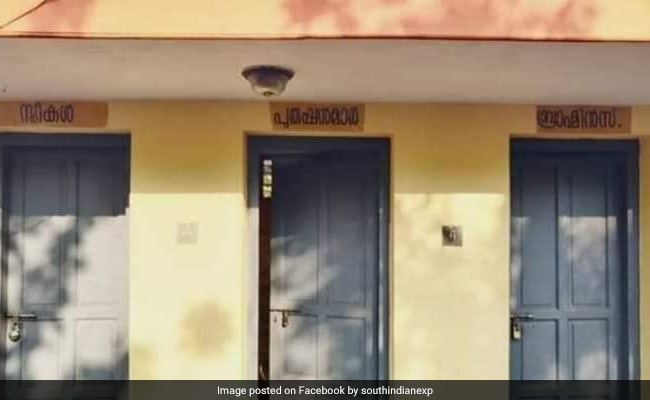 The board was placed nearly two decades ago, a temple official said (Facebook)

A local temple in Kerala is at the centre of a social media storm after the picture of a ''Brahmins-only toilet'' outside its main campus went viral on online platforms, prompting the management to remove the signboard.

The picture of three toilets, with signboards showing "Men", "Women" and "Brahmins", at the Kuttumukku Mahadeva Temple in Thrissur, has gone viral with many social media users viewing it as an unethical practise that can portray the progressive state in a bad light.

However, temple officials said the toilets were located outside the main campus and the board was brought to their notice only now.

Kannan, an official of the temple committee, said the board was placed nearly two decades ago and nobody raised any complaint against it so far.

"That particular toilet was being used by priests and other temple employees. We didn't even notice that board... As soon as we came to know about it, we removed it and affixed a staff-only board," he told PTI.

Also a CPI-M functionary and ward councillor, Kannan said the shrine and it's management was against all kinds of unethical customs.

The temple official said they were planning to pursue legal measures against the man who posted the photo of the toilets on social media.