The four-time legislator, Raju Kage from Kagwad claimed he has got "green signal" from the Congress leadership to contest the bypolls as its candidate from the constituency in Belagavi district. 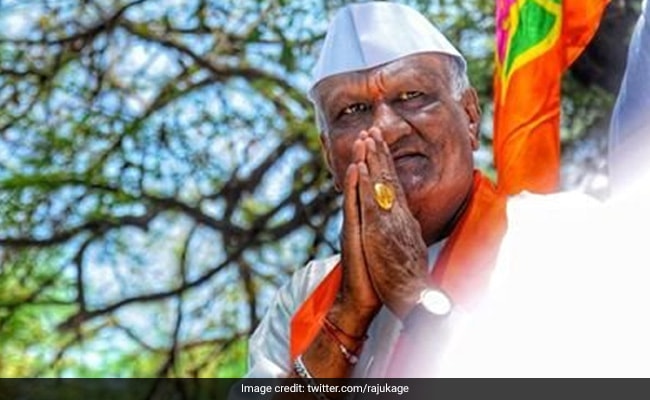 Raju Kage said he was joining Congress as BJP "denied" him the ticket and "insulted".

Claiming that he has been denied party ticket for December 5 Karnataka assembly bypolls, former BJP MLA Raju Kage on Monday announced his decision to quit the party and join the Congress.

The four-time legislator from Kagwad claimed he has got "green signal" from the Congress leadership to contest the bypolls as its candidate from the constituency in Belagavi district.

"On November 13, I will be joining Congress at the party office. I will be resigning as member of BJP tomorrow. I have spoken to all Congress senior leaders and they have given me green signal to file nomination as Congress candidate on November 18," Mr Kage told reporters.

He was joining Congress as BJP "denied" him the ticket and "insulted". "BJP leaders told me Shrimant Patil, against whom I had lost in 2018 polls will be the party candidate and I will have to work for his victory and sit at home for three years," he added.

Though the BJP is yet to announce its list of candidates, Chief Minister B S Yediyurappa has already said disqualified Congress and JDS MLAs, whose revolt led to the collapse of the coalition government of the two parties, will be fielded if they wished to contest on the party ticket.

The former MLA also said he had personally spoken to Mr Yediyurappa seeking BJP ticket for the bypolls but was denied.

"This is not the only issue, I am deeply pained. I was physically present in the party that's all. I'm pained by several things in BJP and how I was treated," he added.

Bypolls to 15 out of 17 assembly constituencies represented by disqualified Congress and JD(S) MLAs are slated to be held on December 5.

However, the Supreme Court will deliver its verdict on November 13 on petitions by the disqualified MLAs challenging the action against them by Speaker K R Ramesh Kumar. They have recently approached the court seeking a direction to the Election Commission to postpone the assembly by-polls till the pronouncement of verdict in the matter.

The court had on October 25 reserved its orders on their main prayer.

Mr Yediyurappa brushed aside Mr Kage's decision, saying despite all such cross overs, the BJP would win more than 12 seats in the bypolls.

Gundu Rao, when asked about Mr Kage joining the party, said Congress would make clear its decision after the too court's order, indicating there was uncertainty over the elections.

The bypolls were earlier slated for October 21 but the EC had deferred them to December 5 after the top court decided to hear the petitions of the disqualified MLAs.