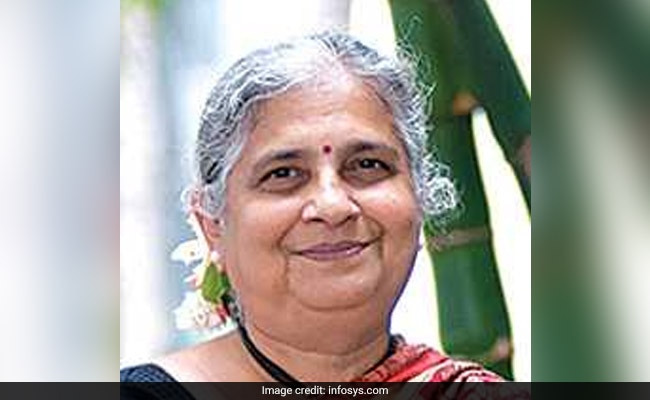 In a letter to the Karnataka government, Sudha Murthy said preventive measures should be taken.

Sudha Murty, Chairperson of Infosys Foundation, has urged the Karnataka government to take steps to shut malls and theatres, saying the coronavirus multiplies in air-conditioned areas.

In a letter to the government, she said preventive measures should be taken to control the spread of coronovirus before it gets worse.

She suggested closure of all schools and colleges with immediate effect, malls, theatres and "all air-conditioned areas where the virus multiplies", and allow only essential services like pharmacy, grocery and petrol bunks.

"It is not scientifically proven that the virus dies in high temperature," she said pointing to spread of the virus-- despite heat -- in peak summer in Australia and Singapore, which have "summer all 12 months".

The most important thing, Sudha Murthy said, is if such an epidemic hits, no private hospital would be able to manage the cases (except government hospitals). "I request you to vacate one government hospital with at least 500 - 700 beds for this purpose (to deal with coronavirus cases), which requires oxygen lines and pipes," she said.

Infosys Foundation, the philanthropic and CSR arm of software major Infosys, would do the civil work and Devi Shetty has agreed to share resources like medical equipment, she added.

"We would like to work with the government proactively so that we can prevent this as early as possible," Sudha Murty said.

The total number of confirmed coronavirus positive cases in Karnataka is six, including the 76-year old man from Kalaburagi who died on Tuesday night.