Dr Sudheer S Chauhan was diagnosed with COVID-19 and was battling for his life for the past few weeks. 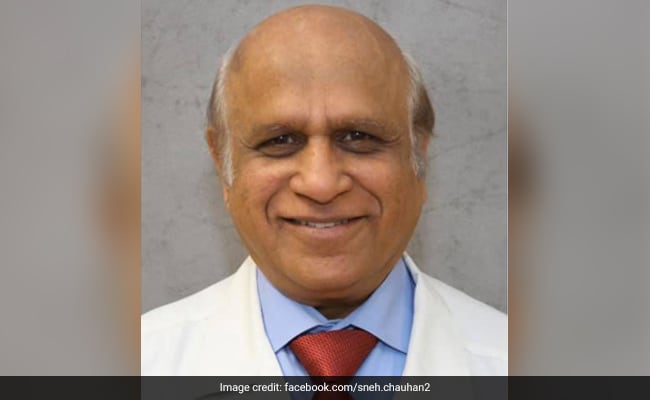 An Indian-origin physician in New York died due to the novel coronavirus infection, American Association of Physicians of Indian-Origin (AAPI) said on Wednesday.

Dr Sudheer S Chauhan was diagnosed with COVID-19 and was battling for his life for the past few weeks. He died of complications from the illness on May 19, AAPI's Media Coordinator Ajay Ghosh said in a statement .

His "unique, kind, gentle and caring spirit" will be missed, daughter Sneh Chauhan said in an AAPI release.

Dr Chauhan had received his medical education from GSUM Medical College, University of Kanpur, India in 1972. He was the chief resident in Internal Medicine at the Jamaica Hospital and graduated in 1997. A Board Certified physician in Internal Medicine, he also received citations from Royal College of Physicians and FACP from American College of Physicians.

Earlier this month, an Indian-origin man and his daughter, both doctors in New Jersey, died due to coronavirus infection.

Dr Seema Arora, Chairwoman of AAPI's Board of Trustees, said that coronavirus has placed the entire healthcare sector, and in particular the Indian-American medical fraternity at the frontlines of the fight against the pandemic.

AAPI said that Indian-Americans constitute less than one per cent of the country's population, but they account for nine per cent of the American doctors and physicians. One out of every seven doctors serving in the US is of Indian origin, providing medical care to over 40 million people in US.

There are about 80,000 practicing Indian American physicians who are at the forefront of fighting COVID-19 pandemic in the United States.

In addition, there are around 40,000 medical students, residents, and fellows of Indian origin in this country who are supporting many of the hospitals affected by the pandemic, the organisation said.

Comments
Indian Origin doctor in USdoctor dies of coronaviruscoronavirus in US