Indian-American Woman, A Republican, To Run For US Congress From Virginia

Andhra Pradesh-born Manga Anantatmula, who worked as a federal government contractor in defence acquisitions programme management, has already become a presumptive nominee of Republican party from the 11th Congressional District of Virginia. 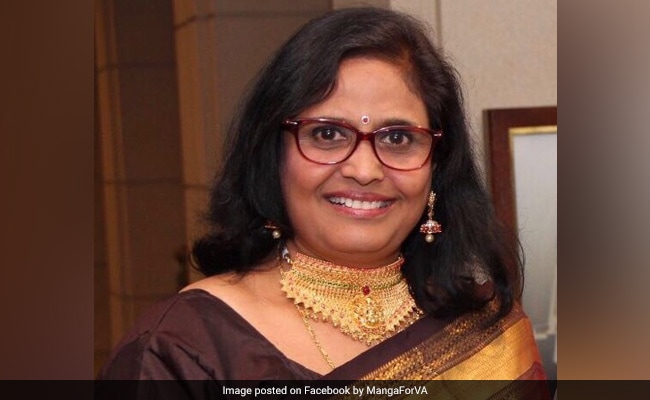 Manga Anantatmula will formally launch her Congressional Campaign from Herndon.

An Indian-American woman, who raised her voice against alleged discrimination in admission of Asians in Ivy League schools, has announced that she will run for US House of Representatives, saying she wants to be a "voice, not a noise" for the community particularly the Hindus in the US.

Andhra Pradesh-born Manga Anantatmula, who worked as a federal government contractor in defence acquisitions programme management, has already become a presumptive nominee of Republican party from the 11th Congressional District of Virginia, making her the first Indian origin candidate to run for the House of Representatives from there.

Said to be a Democratic strong bastion, the 11th Congressional District comprises mostly of the affluent Fairfax County on the outskirts of Washington DC, has about 17 per cent Asian population, including an estimated 7 per cent Indian Americans.

"This time a large number of Democratic party supporters are moving towards the Republican party because of the current political situation and due to the successful policies of President Donald Trump," Ms Anantatmula, who filed her nominations on January 26, told news agency PTI.

Ms Anantatmula, who will formally launch her Congressional Campaign on Saturday from Herndon, a Virginia suburb of Washington DC, is a great supporter of President Donald Trump. For campaign purposes, she has expanded her first name Manga as "Making Americans Great Again".

Running her campaign on the platform of reducing taxes, equal rights for women, helping the growth of small and medium business and affordable healthcare, Ms Anantatmula says if elected to the House of Representatives she will strive to strengthen India-US relationship.

Ms Anantatmula said she considers herself as one among a new generation of Indian American and Hindu American leaders who do not become pawns in a globalist ideological agenda that undermines their own integrity as well as the national interests of their adoptive homeland.

Slamming Congresswoman Pramila Jayapal, the first ever Indian American woman to be elected to House of Representatives, for tabling a resolution on Kashmir in the Congress, Ms Anantatmula said such a move has caused "dismay" in the community.

"I will be your voice, not a noise," she says in her outreach to Indian American and Hindu community. In her recent tweets she has supported India's stand on Kashmir and recently enacted Citizenship Amendment Act and building the Ram Temple in Ayodhya.

"She (Jayapal) is anti-India. She has no compassion for Kashmiri Hindus," she alleged.

"I will support a strategy to build a global alliance to defeat terrorism," Ms Anantatmula said, asserting that India and the US are natural partners in fight against terrorism.

She had recently joined the Indian American community when they held a demonstration outside the Pakistani Embassy in Washington against Pakistan's support to terrorist activities in India.

"I am the only Indian American who continues to fight the discrimination in admission in Ivy League Schools," she said, adding that her fight resulted in 25 per cent more admissions of Indian American students in 2019.

She has also been critical of recent stand of the US Commission for International Religious Freedom on India.

"Leaving behind an affluent life in India, my little boy and I accompanied my husband to the US in early 1990s in pursuit of his graduate and doctoral degrees, an American dream. We chose Northern Virginia as our new home for its school system and standard of living, and lived in Fairfax County," she said.

Born in Andhra Pradesh, she did her schooling from Chennai and graduated from the Agra University before coming to the US as an immigrant.