'Go Back To Where The Pigs Live In India,' A Caller Told A CEO Who Rebuked Trump 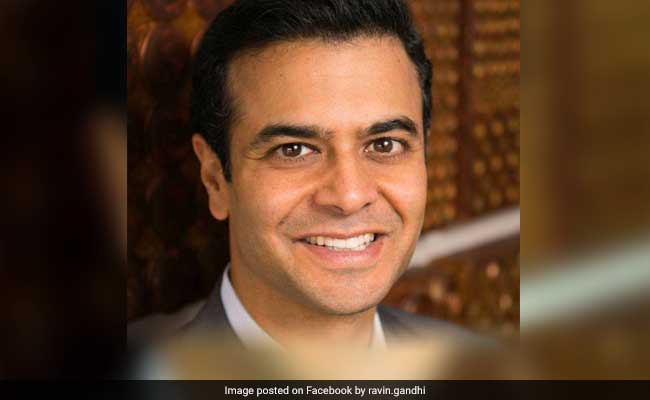 "The 10th time I heard it, it's just comical," Ravin Gandhi said about the anonymous phone call

Gandhi, chief executive of a Chicago company, had written a column published on CNBC's website last week criticizing President Donald Trump's response to the violence in Charlottesville, Virginia. The president's statement, in which he condemned racism and bigotry from "many sides," signals his "tacit support of white supremacists and Nazis," Gandhi wrote.

And each time Trump recast his message, he only "dug a deeper hole."

Gandhi said he received the woman's voice mail last Thursday, a day after his op-ed was published. Within a span of 15 seconds, the unidentified caller went from calm to derisive to vitriolic.

Gandhi was born in the United States and grew up in a Chicago suburb.

For a minute and a half, the woman meandered into the issue of Confederate statues (Gandhi did not mention Confederate monuments in his op-ed), called U.S. Ambassador to the United Nations Nikki Haley a "Bangladesh creep" (Haley, who was born to a Sikh family, is from South Carolina), and said Buddhist doctors and statues should be sent back to India (Gandhi is not Buddhist).

Gandhi said he received other hateful responses to his op-ed. The common theme: He should go back where he came from.

"Guess what, I am where I came from," said Gandhi, who lives in Chicago with his wife and two children.

"It makes me feel fired up. I do not feel insulted. I feel the desire to educate the ignorant and show them that I am as American as one can conceivably be. This is a country of immigrants, and I am the son of immigrants."

Gandhi, 44, said his parents moved from Mumbai to Illinois in 1969. He grew up in Waukegan, Illinois, which he described as a blue-collar and diverse neighborhood about an hour's drive from Chicago. He has an accounting degree from the University of Illinois and a master's degree in business from Northwestern University. In 2007, Gandhi co-founded a company that supplies nonstick coatings to cookware, bakeware and electrical appliance industries. He now employees about 300 people.

Gandhi describes himself as politically independent, having voted for both Republican and Democratic candidates for president: George H.W. Bush in 1992, Bill Clinton in 1996, George Bush in 2000, John Kerry in 2004, and Barack Obama in 2008 and 2012.

He began writing op-eds for CNBC during the presidential campaign, and openly criticized Trump while supporting Hillary Clinton.

"One of the reasons I was so passionate last year against Mr. Trump is because I saw during the campaign when he talked about banning Muslims. I was unbelievably offended by it," he said. "There's a tremendous dog-whistle aspect to his Make America Great Again message."

But after Trump won, Gandhi said he decided to focus on what he said were positive aspects of his policies. As a business owner, he sees benefits in Trump's promises to lower taxes, loosen regulations, set term limits and invest in infrastructure, Gandhi wrote in February.

"Unlike a lot of my progressive friends, I did not get depressed and bury myself in the corner," Gandhi said. "I wrote op-eds that were not excoriating the president. I said, 'Let's not get hysterical.' I'm giving him a year, and by the end of this year, he's not being president for all people, I'll flip and try to speak out."

But one year turned out to be just eight months.

"After Charlottesville and its aftermath, I will not defend Trump even if Dow hits 50,000, unemployment goes to 1 percent, and GDP grows by 7 percent. Some issues transcend economics, and I will not in good conscience support a president who seems to hate Americans who don't look like him," he wrote in his most recent op-ed published on Aug. 16.

Four days earlier, Charlottesville was engulfed in a violent clash between white nationalists who came to protest the planned removal of a Confederate statue and counterprotesters. A car, allegedly driven by a Nazi sympathizer, plowed into a group, killing 32-year-old Heather Heyer and injuring 19 others. Trump was criticized not only by Democrats but also by members of his own party for not explicitly denouncing white supremacists.

Two days after Heyer's death, the president delivered a more forceful condemnation of "the KKK, neo-Nazis, white supremacists." But he later appeared to walk back from those comments, saying "both sides" deserve some blame for the violence.

Trump defended his response in front of supporters at a rally in Phoenix Tuesday - and accused the media of misrepresenting the facts.

Gandhi decried Trump's "false equivalence between the KKK and the people who are protesting it."

"Slavery is our Holocaust in this country," he said. "Both sides in Charlottesville were absolutely aggressive. But one side is cancer, one side is chemotherapy."

Aside from the woman's voice mail, Gandhi said he received racist messages on social media and via email:

"You are angry for having been born with 50% negro blood in your veins. Embrace your heritage, quit mouthing off - we don't care," wrote one Facebook user.

He said he decided to be more politically vocal and to share those messages on his social media network because he wants to reach the "moderate Trump supporters." Not the likes of the female caller who, he said, does not represent the majority of Americans who voted for Trump.

"Trump is beholden to the crazy extreme of his party," Gandhi said. "The silent majority that voted for him . . . I think they're appalled."

Overall, Trump maintains an 80 percent job approval rating among Republicans, a number little changed from recent surveys, The Post reported. However, the percentage that approves "strongly" is down 10 percentage points from last month. Also, a Washington Post-ABC News poll showed that 56 percent of U.S. adults disapprove of his response to the violence in Charlottesville (though 62 percent of Republicans approve of his statements).

Gandhi said he's convinced that if the president hears the concerns of that "silent majority," he'll listen.

Promoted
Listen to the latest songs, only on JioSaavn.com
"His genius," Gandhi said, "is in seeing what the mob wants."