On the election of Indian-origin Kamala Harris as Vice President of the country, Gurinder Singh Khalsa said that it gives confidence to the people of color and immigrant community. 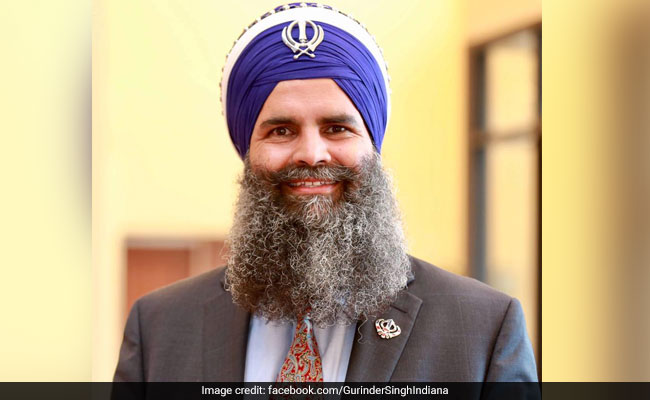 Gurinder Singh Khalsa, though a member of Republican party, did not vote for Trump in 2016 or 2020

Outgoing President Donald Trump has left America more divided than ever and the country's reputation under his presidency has been damaged on the international stage which will take years to repair, says an influential Indian-American Sikh leader.

"This is a democracy at work, on both sides. Whether Democrat or Republican... people are excited and want to speak out. The election's historic turnout means people are hungry to change the status quo on both sides.

"We are more polarised and divided than I have ever seen being an American for 25 years. I believe people do care who will represent them, especially in times like the COVID-19 pandemic," Indiana-based Gurinder Singh Khalsa told PTI.

A recipient of the prestigious Rosa Parks Trailblazer Award in recognition of his efforts in changing the Transportation Security Administration's policy regarding turbans, 46-year-old Khalsa, though a member of Republican party, did not vote for Trump in this election or in 2016.

"I do not think he is morally or ethically fit to be president, especially the leader of the free world. I came to America by choice; for dignity and respect. For the first time as an American, I have felt challenged on those values," he said.

Though he is disillusioned with the current state of affairs of the Republican Party, Mr Khalsa said he has no plan on leaving the GOP.

"I do not think the issues lie within the party. It is those like Trump who have twisted the foundation of what it means to be a Republican," he said.

On the election of Indian-origin Kamala Harris as Vice President of the country, Mr Khalsa said that it gives confidence to the people of color and immigrant community.

"Kamala Harris is a powerful accomplishment for America and provides a ray of hope for relations with India. And her win is just the beginning," he said.

One of the early supporters of Vice President Mike Pence when he was running for Indiana Governor, Mr Khalsa said he is deeply disappointed at the four years of Trump Administration. He alleged that Trump's rhetoric has directly encouraged racism and sexism. "And he continues to feed into the narrative of white against black, and poor against rich," he said.

Responding to a question, Mr Khalsa said that it is time for the Indian American community to be active in politics and serve the community they live in. "You need to give back by serving the community, in whatever capacity you can. One thing to keep in mind is that democracy is not a constant; it needs to be monitored and respected or it will slip away," he said.

In 2007, Mr Khalsa was refused access to board an airplane because of his turban. Thereafter, he mobilised more than 67,000 people nationwide for petitions and took the matter all the way to the US Congress, which forced the Transportation and Security Administration (TSA) to change its headgear policy towards the Sikh community.