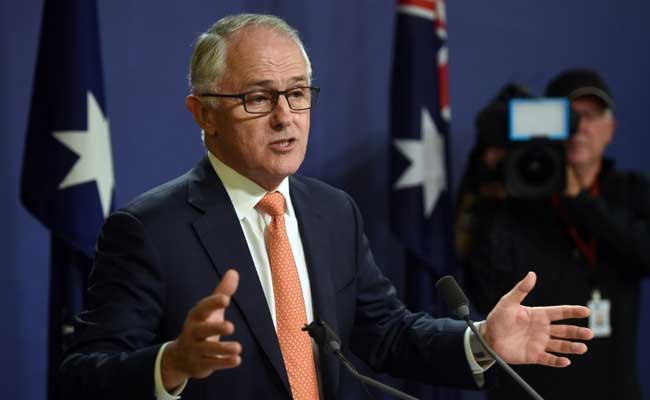 Prime Minister Malcolm Turnbull said the government will replace its popular 457 visa with a new version.

Melbourne: In an unexpected announcement, Australian Prime Minister Malcolm Turnbull today said the government will replace its popular 457 visa that brings temporary foreign workers to the country with a new version that will recruit only the "best and the brightest in the national interest". The move to abolish the visa, used by over 95,000 temporary foreign workers, a majority of them Indians, aims at tackling the growing unemployment in the country.

Mr Turnbull made it clear that the idea is to 'put Australians first' by giving them priority for jobs currently open to overseas workers. He said on Facebook, "Our reforms will have a simple focus: Australian jobs and Australian values."

The country will welcome only skilled workers and they can no longer allow 457 visas to be "passports to jobs that could and should go to Australians", he added.

The 457 visa was designed to fill Australia's skills shortage and allow holders to bring members of their family to Australia on 457 secondary visa. But the programme was allegedly being misused by employers to import inexpensive workers. "It's lost its credibility," Mr Turnbull said.

It's not that the government will discourage foreign workers completely, but the focus will be on "filling critical skill gaps and not bring in foreign workers because an employer finds it cheaper and easier to do so".

With the new temporary visa, the number of occupations on the list will also come down. The new visa will be available for two or four years, requiring visa holders to have two years' work experience, a criminal record check, better English-language proficiency and mandatory labour market testing in a majority of cases.

Those who are currently in Australia on a 457 visa will not be affected by the new arrangement.

Promoted
Listen to the latest songs, only on JioSaavn.com
Mr Turnbull's announcement comes days after he visited India where a range of issues, including national security, counter terrorism, education and energy, were discussed and six agreements were signed.