What Is Skull-Breaker Challenge And Why It Has Parents Worried

Skull-breaker Challenge: The goal of the bizarre challenge is to make the person in the middle fall on his or her back, hence the name. This fall can cause serious injuries, and as the name suggests, can cause severe head injuries. 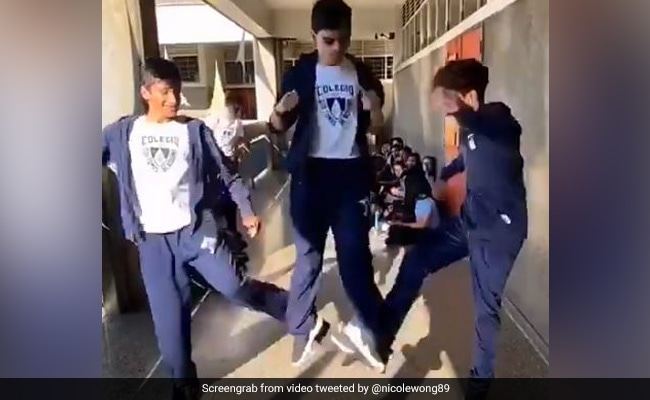 Skull-breaker Challenge: Many have fallen prey to this new trend and several have been injured

A new social media trend called the Skull-breaker challenge has been raising alarm bells everywhere. The dangerous challenge, circulating on video-sharing social media app TikTok, involves two people jumping in the air and later a third, standing between them, does the same. Just as the third person jumps, the other two kick on the person's legs, making the jumper fall.

The goal of the bizarre challenge is to make the person in the middle fall on his or her back, hence the name. This fall can cause serious injuries, and as the name suggests, can cause severe head injuries.

Many, especially teenagers, have fallen prey to this new trend and several have been injured. Parents of young adults are especially very worried after reports of injuries.

Concerned people on social media shared videos of the challenge cautioning everyone against the harmful trend.

The #skullbreakerchallenge which is currently trending on #tiktok is fatal. Please pay attention to our kids. pic.twitter.com/SQi9RPpk6j

In one of the videos, a victim seems to have lost consciousness after the fall. A Twitter user shared the video.

Warning : Skullbreaker Challenge is trending I urge you all to show your children and parents and teach them this is really dangerous. It can break skull and can cause some serious problem.#skullbreakerchallengepic.twitter.com/OQQ8idnbfA

This is not the first time an online trend has caused concerns. Social media is infamous for such outrageous and dangerous stunts such as the cinnamon challenge and the very famous Kiki challenge, which involved getting out of a moving car and dancing along it to rapper Drake's song "In my feelings".

The problematic trend, also called the "tripping jump challenge" has reportedly injured many specially in the US and Europe. News reports quoting experts and doctors claim the fall can break every bone in the body apart from concussions.

Parents getting WhatsApp forwards of the challenge are worried sick as they are scared their kids might fall prey to the trend and injure themselves.

"My daughter goes to school and I am concerned that her friends might prank her. I don't want her to get hurt. I hope this doesn't become a trend in our city," says a worried Kolkata-based mother.