From Tipeshwar, the tiger walked for over five months and reached Dnyanganga Wildlife Sanctuary. 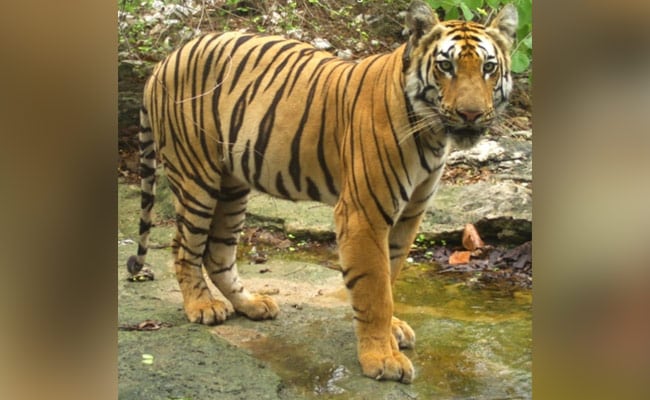 A tiger has walked over 1,300 km in the states of Maharashtra and Telangana, in the longest walk for any big cat in India, in search of new territory, mate and prey.

From Tipeshwar, the tiger walked for over five months and reached Dnyanganga Wildlife Sanctuary.

The tiger, "C1", is one of the three cubs born to tigress T1 in 2016. He was fitted with a radio collar in February as part of a long-term tiger monitoring and dispersal study by Maharashtra Forest Department in collaboration with Wildlife Institute of India, Dehradun. The purpose of the study was to monitor the dispersal pattern of the sub-adult tigers as they explore new areas and set up their territory.

C1's male siblings - C2 and C3 - have also covered a considerable distance in search of new territory. While C3 migrated to Telangana before turning back and settling in Tipeshwar, tiger C2 was spotted at Painganga sanctuary. 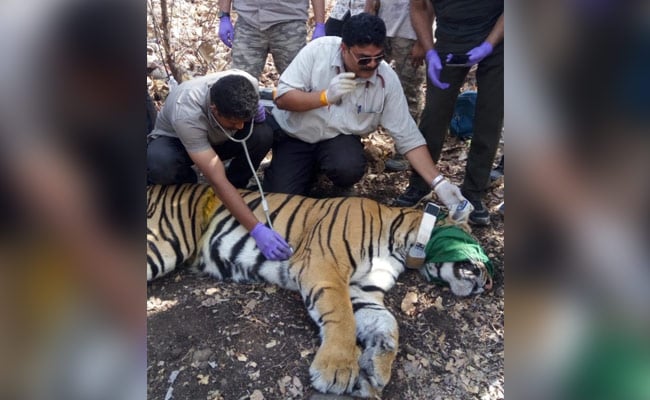 Tiger T1 was fitted with a radio collar in February 2019.

The tiger C1 left Tipeshwar Sanctuary in the Yavatmal district of Maharashtra in June this year. Since then, he has travelled through hundreds of villages, agricultural fields and human-populated areas across Maharashtra and Telangana.

Dr Govekar added that what made tiger C1's journey special is the fact that he walked through areas populated by humans and didn't come into any conflict, save for one isolated incident in Hingoli district. There, a few villagers came too close to the big cat, hoping to get pictures. One person suffered minor injuries when the tiger attacked. Otherwise, C1 survived by hunting cattle through its long journey.

On December 1, tiger C1 reached the Dnyanganga sanctuary. Since Dnyanganga is a well-managed wildlife area, with a good prey base, it is expected that he may spend some time there. Dr Govekar tells NDTV that there is no female tiger in the vicinity, which may force him to move again.

"The tiger is possibly looking for territory, food and a mate. Most of the potential tiger areas in India are full and new tigers have to explore more," Dr Bilal Habib, a senior biologist with the Wildlife Institute of India, told the BBC.

According to Dr Govekar, the dispersal of C1, C2 and C3 indicates that tigers need more space in the landscape. "Tigers may have to cover much longer distances and cross the human dominated, non-forested landscapes in the pursuit of its new territory and the mates, much beyond our traditional understanding," he says.

According to BBC, experts say that while tiger population in India has increased, their habitat has shrunk and prey is not always plentiful.