Those Who Had 2 Vaccine Shots Should Be Allowed To Go Out: Maharastra Deputy Chief Minister

"In my opinion those who have received two shots of COVID-19 vaccines should be allowed to go out, in a phased manner. I will speak with the CM on this subject in the next two days," Ajit Pawar said. 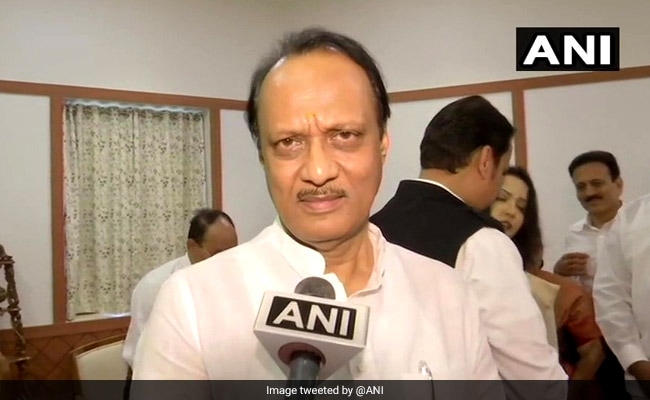 Ajit Pawar, however, did not elaborate on what exactly he meant by "going out''. (File)

Maharashtra deputy Chief Minister Ajit Pawar said on Wednesday that he was of the view that those who have received both the jabs of coronavirus vaccines should be allowed to "go out".

He was going to discuss this issue with Chief Minister Uddhav Thackeray, he told reporters.

"In my opinion those who have received two shots of COVID-19 vaccines should be allowed to go out, in a phased manner. I will speak with the CM on this subject in the next two days," he said.

Mr Pawar, however, did not elaborate on what exactly he meant by "going out''.

While restrictions induced by the pandemic vary across the state, there is no curfew. In Pune and some other districts people are not allowed to visit tourist spots.

The deputy chief minister conceded that not everyone may agree with him.

"Different institutes put forth their views, people from the medical fraternity have different views. Some people say the next 100 to 120 days are very crucial and everyone should follow the rules in true letter and spirit during this period," he said.

Asked about the tardy pace of vaccination in Pune district, Mr Pawar said the pace had not slowed down but it depends on the availability of the vaccines and it is the Union government which supplies them.

"The Chief Minister in every video conference with the prime minister raises the demand for supply of vaccine doses in proportion with the state's population," he said.

Earlier it was told (by the Centre) that the production of vaccines would be ramped up and the states will receive the doses in sufficient quantity in July, but this has not happened so far, Mr Pawar claimed.

People are now coming forward to take the vaccine and there is no "vaccine hesitancy'' which was a good development, he said.

Speaking about the Pegasus spyware row, Mr Pawar said measures such as phone tapping could be used against a person who is a threat to national security, but under the protection of laws enabling them, innocent people are being targeted.

People must know what exactly happened and in whose tenure, the NCP leader said.