This Message By PM Modi Is India's "Golden Tweet" Of 2019

In his tweet the PM referenced the "sabka saath..." slogan he coined after the election and wrote: "Together we grow. Together we prosper. Together we will build a strong and inclusive India. India wins yet again!" 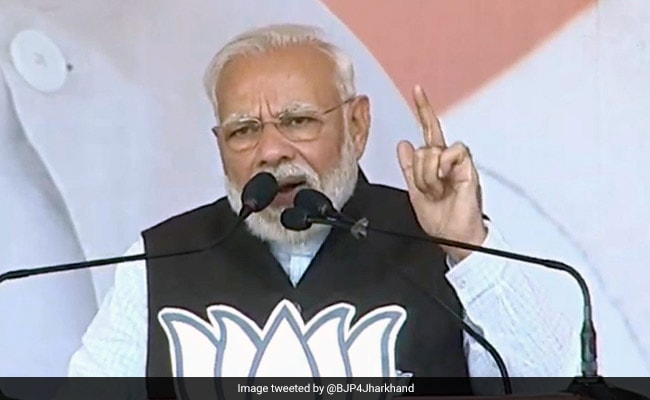 Prime Minister Narendra Modi's "sabka saath, sabka vikas, sabka vishwas" tweet celebrating the BJP's massive victory in the April-May general election is the most liked and retweeted post of the year, Twitter announced today. The tweet - declared India's "Golden Tweet of 2019" has collected more than 420,000 likes and has been retweeted 117,100 times at the time of writing. In his post the Prime Minister said India had "won again" and "together we will build a strong and inclusive India", was posted at 2.42 pm on May 23 - shortly after trends revealed a landslide for the BJP-led National Democratic Alliance (NDA).

The BJP swept to victory in the Lok Sabha elections by claiming 303 seats on its own; this was only the second time in over three decades that a single party had claimed a majority on its own. The NDA claimed 353 seats in total. The Congress suffered an embarrassing rout and was wiped out in several states.

In his tweet the Prime Minister referenced the "sabka saath..." slogan he coined after the election. He wrote: "Together we grow. Together we prosper. Together we will build a strong and inclusive India. India wins yet again! #VijayiBharat".

This also happened to be the most Liked Tweet this year https://t.co/qQ1pC17g7U

The Prime Minister spoke strongly about helping the poor and the minorities and told his MPs "we have to earn their trust".

In an earlier tweet on counting day in May PM Modi thanked the nation and praised party workers for their "determination, perseverance and hard work". 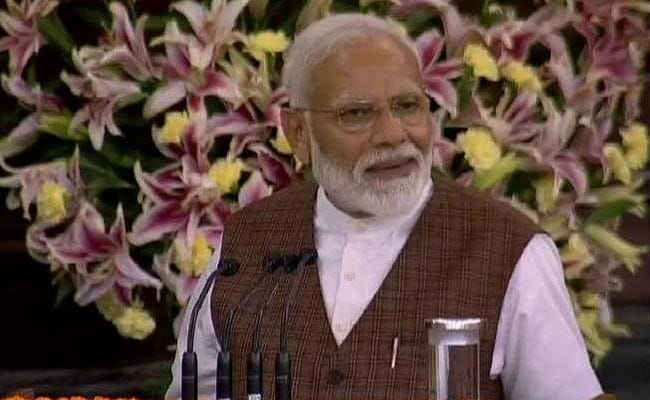 This reminder of the Prime Minister's tweet on building an "inclusive India" comes amid controversy and opposition fury over the Citizenship (Amendment) Bill, or CAB.

Opposition leaders and parties have protested the CAB, cleared by the Lok Sabha late Monday night after heated discussions, calling it discriminatory and a law that violates Article 14 - which grants all people, irrespective of their citizenship status, equality and equal treatment before the law.

The Citizenship (Amendment) Bill, or CAB, seeks to amend a six-decade-old law to make it easier for non-Muslim refugees from Pakistan, Bangladesh and Afghanistan to become Indian citizens. Should it be passed, the CAB will become the first bill under which nationality will be granted on the basis of religion.

Iltija Mufti, the daughter of Mehbooba Mufti - detained PDP leader and former Chief Minister of Jammu and Kashmir - had tweeted on behalf of her mother: "India - No country for Muslims".

Earlier this year, Twitter said the Prime Minister had crossed 50 million followers - the first Indian to do so - and retained his position as the third-most followed person on its platform.