New Delhi: The recovery of a night vision device with the marking "US government property" is being seen by the Indian Army as a clear indicator of the involvement of the Pakistani Army in the Machil incident of November 22 when Indian Army rifleman Prabhu Singh was beheaded and two other soldiers ambushed and killed.

Promoted
Listen to the latest songs, only on JioSaavn.com
Senior Indian Army officers have told NDTV that the night vision monocle was likely transferred by the United States to the Pakistani Army for use in combating terrorists on the Afghanistan front. Some of these devices, it is believed, were transferred to Pakistani Border Action Team or BAT members who carried out the November 22 attack. 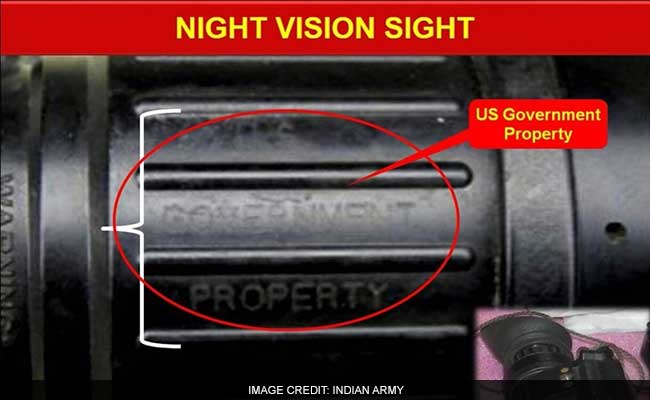 The night vision device carries the marking 'US Government Property'

This is not the first time that devices with the marking "US government property" have been recovered in anti-terrorism operations in Kashmir. An officer who was deployed near Machil last year has told NDTV that his unit, which eliminated four terrorists in an encounter at the time, had recovered an identical device.

Other than the night vision device, there are other clear indicators of a Pakistani hand in the attacks. A medical gauze recovered in Machil is marked "Pakistan Defence Forces" while medicines have markings of Lahore, Karachi and Multan on them. Other equipment recovered includes a tactical radio-set, several ammunition cartridges, wire cutters, food items, binoculars and sleeping bags. 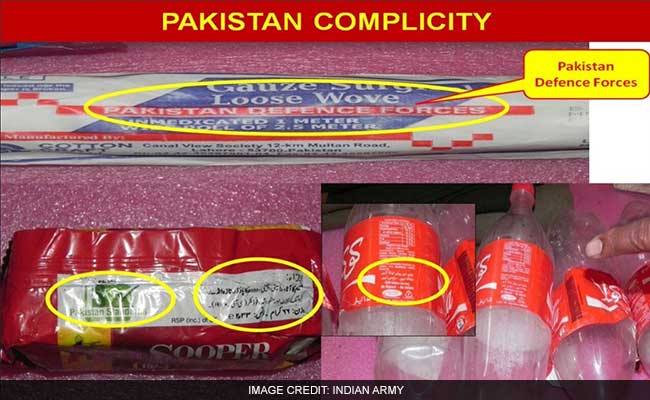 The medical gauze recovered has the words Pakistan Defence Forces.

In a statement released on Wednesday, November 23 after talks between top Indian and Pakistani Army commanders, the Indian Army had referred to the beheading of the Indian soldier as "the un-ethical act of mutilation of the body of Indian soldiers close to the Line of Control by terrorists infiltrating from Pakistan". Army officers whom NDTV has spoken to, have no doubt that the "terrorists" the statement refers to were members of Pakistani Border Action Teams. BAT teams include the most radicalised and hardened jehadis, retired Pakistani Army commandos and serving Pakistani Army Special Services Group commandos who often direct the operations and provide specific targeting inputs to other members of the team. 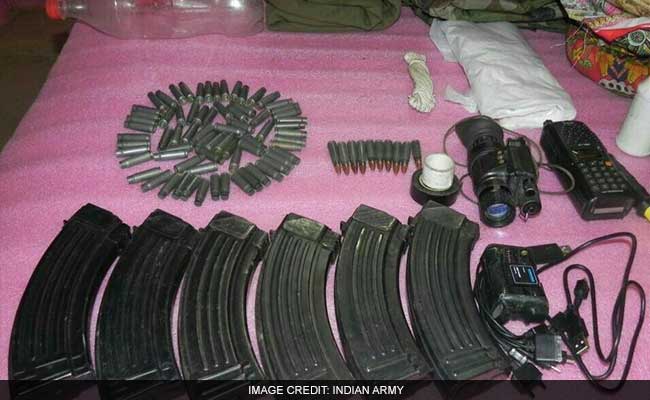 Ammunition and other equipment recovered.

Despite the tension between India and Pakistan since the Uri attack and India's retaliatory surgical strike on terrorist camps in Pakistan-occupied Kashmir, there have been no ceasefire violations since the talks between the Director Generals of Military Operations last week. Army officers NDTV has spoken to are wary of using the word "de-escalation" to describe the situation along the Line of Control stating that this could well be a "tactical pause" ahead of the LoC erupting once again in a hail of cross border shelling.