Papon also apologised to his fans on Twitter for the last-minute cancellation, saying he would not be able to cater to the audience in this disturbed state of mind. 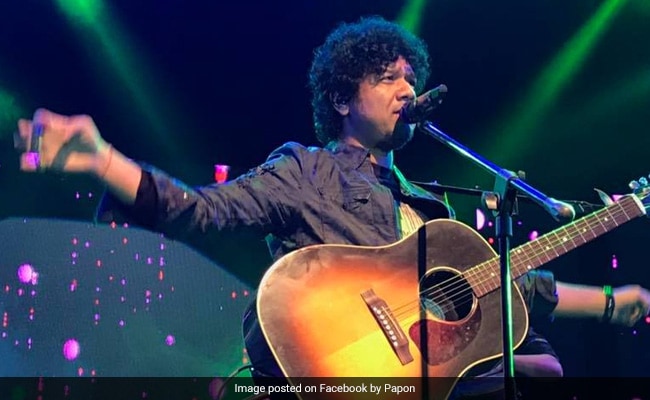 Papon said Assam has been burdened with "illegal immigration" for decades

Singer Papon on Thursday pulled out of a music show in Delhi, saying he would not be able to entertain fans when his home state Assam was "burning, crying and under curfew" over the passage of Citizenship (Amendment) Bill in parliament.

The singer, best known for songs such as "Moh moh ke dhaage" and "Jiyein kyun", was scheduled to perform in the capital on Friday.

Papon also apologised to his fans on Twitter for the last-minute cancellation, saying he would not be able to cater to the audience in this disturbed state of mind.

"Dear Delhi, I am very sorry but I have decided not to do the concert tomorrow at ''imperfectoshor'' as planned! My home state Assam is burning, crying and under curfew! I won't be able to entertain you the way I should in my present state of mind!" the singer said.

Papon, whose real name is Angaraag Mahanta, said the state has been burdened with "illegal immigration" for decades and the people of Assam need to heard properly.

"It's painful to see the way Assam is burning! Humanity is suffering! Assam has been burdened with illegal immigration for decades! We don't deserve this! The diverse, complex mix of the Assamese culture and people and their existence needs to be understood! We need to be heard properly," he said.

The singer hoped the organisers of the event will honour the sales of the sold tickets at some other point of time.

"I know this is unfair on you as you had bought tickets and planned long ahead. I am sure the organizers will take care of that in someway and as promised I'll see you all on another day in future! I hope you will understand," Papon said.

Assam has been witnessing unrest in the wake of protests against the Citizenship (Amendment) Bill, which was passed by Parliament on Wednesday.

The proposed amendments seek to grant citizenship to non-Muslim refugees from Pakistan, Bangladesh and Afghanistan facing persecution there. Guwahati, the epicentre of anti-CAB protests, was placed under indefinite curfew on Wednesday night while the Army was called in at four places.