S Jaishankar Likely To Be Elected To Rajya Sabha From Gujarat

Ramvilas Paswan may also get a Rajya Sabha berth from the BJP stronghold, where the party won all 26 seats in the recently concluded Lok Sabha elections. 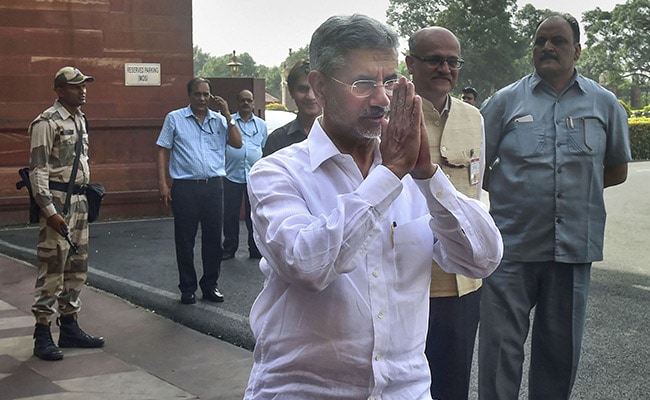 External Affairs Minister S Jaishankar, a surprise inclusion in Prime Minister Narendra Modi's cabinet, is likely to be elected to the Rajya Sabha from Gujarat. The former foreign secretary, who was sworn in as a union minister last week, would have to be elected from either houses of parliament within six months of his appointment to keep his post.

Consumer Affairs Minister Ramvilas Paswan may also get a Rajya Sabha berth from the BJP stronghold, where the party won all 26 seats in the recently concluded Lok Sabha elections. His party LJP had won Lok Sabha six seats in Bihar.

Currently, the BJP has two vacancies from Gujarat, with around four years of tenure left. The party also has a vacant Rajya Sabha seat in Bihar. The former occupants of the seats--Amit Shah, Smriti Irani and Ravishankar Prasad-- have been elected to the Lok Sabha.

S Jaishankar has replaced BJP leader Sushma Swaraj, who held the post of minister of external affairs in PM Modi's first cabinet. Ms Swaraj had recused herself from contesting the Lok Sabha elections on health ground.

A career diplomat with extensive experience in bilateral relations with China, the United States and Pakistan, S Jaishankar is one of the two new faces in the powerful Cabinet Committee on Security (CCS); the other is Home Minister Amit Shah, PM Modi's closest confidante and chief strategist.

His appointment comes at a time when India's relations with Pakistan are at a sensitive point following the tragic terror attack in Pulwama that killed 40 soldiers, triggered retaliatory air strike by India.

Former Home Minister Rajnath Singh has been entrusted with the Ministry of Defence, whereas Nirmala Sitharaman has got the crucial finance ministry. Nitin Gadkari has retained his transport ministry.