Russian Federation Ambassador to India said Russia wants to further elevate its cooperation with India to new heights in 2020 "which is an extraordinary year due to many reasons". 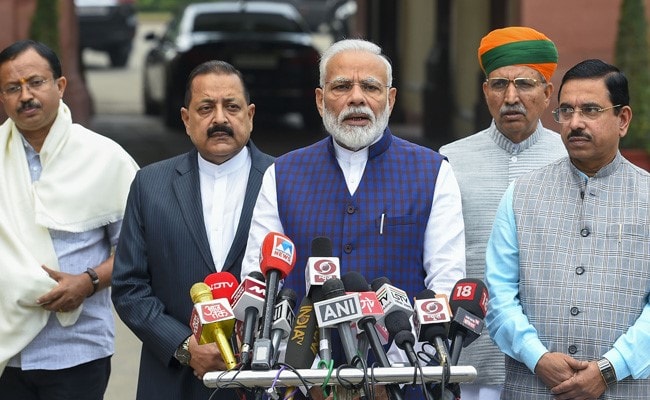 PM Modi has been invited for Victory Day parade in Moscow on May 9, 2020. (File)

Russian Federation Ambassador to India Nikolay Rishatovich Kudashev on Monday said his country was well-prepared to welcome Prime Minister Narendra Modi and Indian troops at the 75th anniversary of the "victory in the great patriotic war" parade in Moscow on May 9, 2020.

Participating in the 72nd International Human Rights Day celebrations under the auspices of the Ministry of Social Justice and Empowerment here, Mr Kudashev said Russia wants to further elevate its cooperation with India to new heights in 2020 "which is an extraordinary year due to many reasons".

"We are well-prepared to welcome PM Narendra Modi at the 75th anniversary of the victory in the great patriotic war as well as the Indian troops at the 9th May (2020) parade in Moscow," he said.

Referring to the March 2014 referendum wherein two million Crimeans decided to join back with the Russian Federation in view of denial of human rights and right to speak Russian by Ukraine, Kudashev said, "We are grateful to India for understanding and support in such a situation."

Minister of State for Social Justice and Empowerment Ramdas Athawale highlighted the need for upholding civil rights and human rights in view of discrimination and atrocities being committed against fellow human beings.

"There was a need to change the mindset of people who refuse to treat fellow humans with dignity and respect," he said.

The Indian unit of the France-based International Human Rights Defence Committee was launched on the occasion.

(Except for the headline, this story has not been edited by NDTV staff and is published from a syndicated feed.)
Comments
Prime Minister Narendra ModiRussiavictory parade Moscow